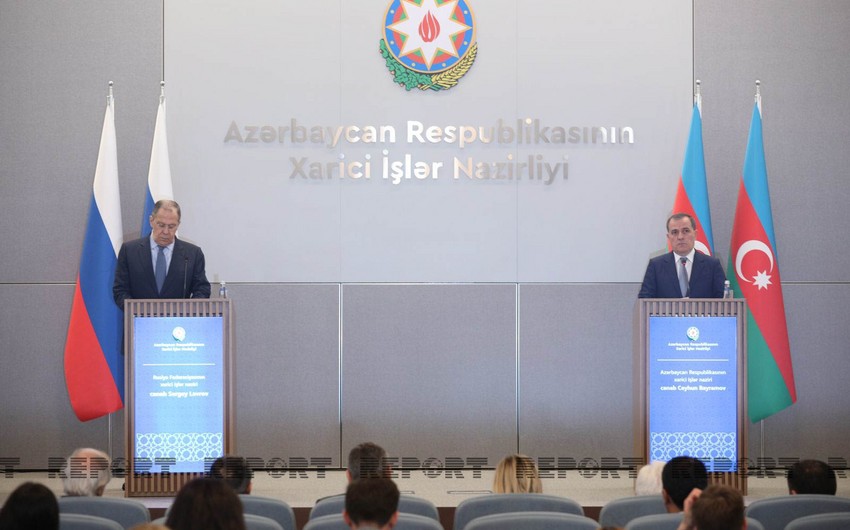 “Official Baku is concerned about the blocking of several Azerbaijani media outlets in Russia. This issue was discussed during Russian Foreign Minister Sergey Lavrov’s visit to Azerbaijan,” Minister of Foreign Affairs of Azerbaijan, Jeyhun Bayramov, said at the press conference with his Russian counterpart, Report informs.

“Some problematic issues have emerged in recent months. Several Azerbaijani media outlets were blocked in Russia, and this month RIA Novosti was blocked in Azerbaijan. Of course, this naturally worries us. We touched upon this issue in today’s meetings. Emphasis was placed on the need to develop mechanisms to prevent the occurrence of such cases rather than the consequences. We think it would be more effective to prevent them from happening. In this regard, holding “round tables” is useful, Jeyhun Bayramov stressed.

US announces $150M of aid for Afghanistan

Plane of Baku-Moscow flight returns to airport for technical reasons