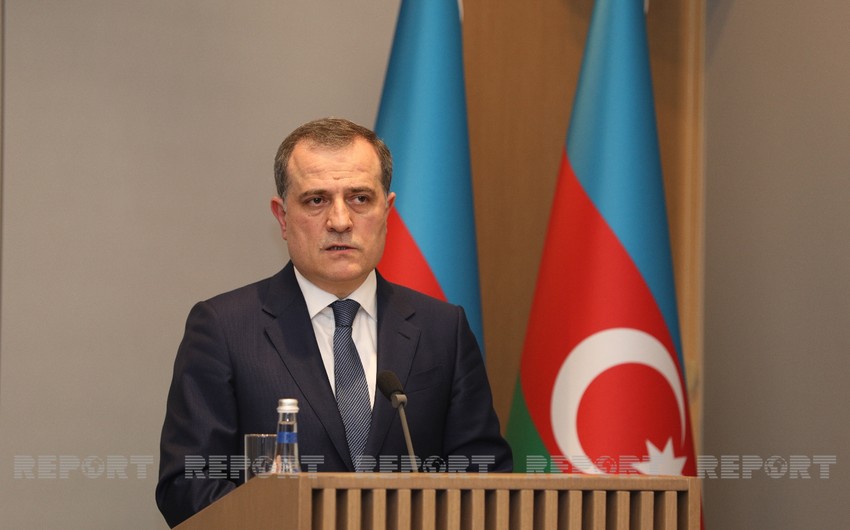 On May 15, 2021, Azerbaijan’s Foreign Minister Jeyhun Bayramov had a telephone conversation with his Tajik counterpart Sirojiddin Muhriddin.

Report informs, citing the press service of the Foreign Ministry, that Minister Jeyhun Bayramov informed his counterpart about the tension on the Azerbaijani-Armenian border, noting that the Azerbaijani border forces are deployed in the positions of our country and this process is carried out in a normal and systematic manner.

The opposite side was informed that earlier there were some disagreements over the measures taken to strengthen the border protection system within the framework of Azerbaijan’s territorial integrity, but they were resolved through negotiations with the participation of the signatories of the trilateral statement.

It was stated that the leadership of the State Border Service of the Republic of Azerbaijan was immediately sent to the region in connection with the latest tensions on the border and talks were held with the border guards of the opposite side.

Minister Jeyhun Bayramov told the Tajik Foreign Minister, who currently chairs the Collective Security Treaty Organization (CSTO), that Armenia’s appeal to the CSTO on this issue has no basis and is nothing but an attempt by Armenian authorities to politicize the issue.