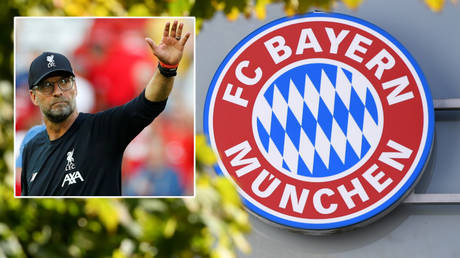 Bayern Munich CEO Karl-Heinz Rummenigge has said that Jurgen Klopp “spoke heavily against” Liverpool’s involvement in the new European Super League – hinting that the German boss could take over at the Champions League holders.

Klopp appeared to be disgruntled when he was asked about the hugely controversial plans following Liverpool’s 1-1 draw at Leeds in the Premier League on Monday, when he mentioned his potential exit and said that he would try to “somehow” resolve the chaotic situation that the new league has created.

Now Rummenigge, who is seeking a replacement for outgoing Bayern coach Hansi Flick at the end of the season, has fueled rumors that the saga could lead to Klopp taking over at the dominant Bundesliga club in his homeland.

“We haven’t decided on the coach yet,” Rummenigge told Corriere della Sera, speaking days after Flick infuriated Bayern by announcing his departure in an interview following his side’s win at Wolfsburg.

🗣 “The solution is to reduce costs… it’s time to play a less arrogant game.”Bayern Munich CEO Karl-Heinz Rummenigge gives his alternative to the Super League 👇 pic.twitter.com/i77HwUzf1V

Bayern CEO Karl-Heinz Rummenigge was asked whether they could try and appoint Jurgen Klopp 👀🗣 “We haven’t decided on the coach yet; first we win the championship and then we decide what to do.”Of course he [Klopp] spoke heavily against his company.” [Corriere della Sera] pic.twitter.com/H61TAQTspX

“First we win the championship and then we decide what to do. Of course, [Klopp] spoke heavily against his company.”

Klopp said he had “heard the situation that I would resign” and admitted that he felt “responsible” for Liverpool and their relationship with their fans, which has considerably worsened amid accusations of betrayal and greed against owners Fenway Sports Group over the plans, including protests outside Anfield in the aftermath of the announcement.

🗣 “If Klopp left, Liverpool fans would have those owners out within a week. They would tear that stadium down. Those owners will not know what has hit them if Klopp leaves. That man is the most powerful man at Liverpool Football Club.”@Carra23 on Jurgen Klopp & the ESL pic.twitter.com/wXSw4Md2EW

Germany legend Rummenigge confirmed that Bayern were not one the 12 clubs involved in the Super League plans.

“I do not believe the Super League will solve the financial problems of European clubs that have arisen as result of the coronavirus pandemic,” he said, calling on leaders to play a “less arrogant game”.

“All clubs in Europe should work in solidarity to ensure that the cost structure, especially players’ salaries and agents’ fees, are brought in line with revenues, to make all of European football more rational.

“Bayern welcomes the reforms of the Champions League because we believe they are the right step to take for the development of European football.”

Feel sick. Pure betrayal to a man that’s given us absolutely everything. Get these snakes out.

() NEW: Liverpool skipper Jordan Henderson has called an emergency meeting of the Premier League captains to discuss a response to Super League. [@MikeKeegan_DM]We are running out of words to describe our love for this man. ❤️ pic.twitter.com/Ix5tVbTkp3

Klopp is now the shortest odds of any Premier League manager to leave their club next – and Liverpool-stalwart-turned-pundit Jamie Carragher warned that there would be outrage if the man who brought the club its first league title for 30 years were to abruptly depart.

“If Liverpool lose their manager on the back of this in the next 12 months, then the owners will be run out of that club in a week,” Carragher warned while analyzing the draw with Leeds on Sky Sports.

“I can assure you of that. [The owners] have used everything Liverpool have done in their history, going to even before [legendary manager] Bill Shankly, to line their own pockets.

Also on rt.com ‘Shame it’s not like this with racism’: Premier League stars break silence on Super League as Klopp admits he knew nothing (VIDEO)

“The biggest thing is that everyone’s against it tonight. It hurts me more because this ownership bought Liverpool on the back of other American owners who ran the club badly and the fans got them out.

“[They] got the club for a steal. It is now six or seven times bigger. They’ve made their money and they won the lottery with Liverpool.”

Former defender Carragher pointed out that Klopp had “made his stance very clear” in 2019, when the ex-Dortmund boss said: “The Champions League is the Super League, in which you do not always end up playing against the same teams.

“Why should we create a system where Liverpool faces Real Madrid for 10 straight years? Who wants to see that every year?” (RT)