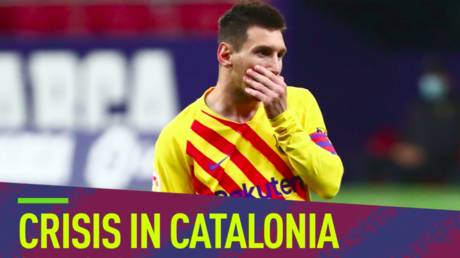 Barcelona are a club in crisis and perhaps should have sold Lionel Messi; that’s the view of Barca expert Tom Sanderson who told RT Sport’s ‘The Camp Nou View’ of the presidency and political conflicts within the Catalonian club.

Clouds are gathering over Catalonia. Its capital, Barcelona, is the epicenter of its very own epidemic that has gripped its population. A city shackled by strict Covid laws, its residents have sought solace in their football team to distract from violent anti-lockdown clashes and heavily restrictive quarantine measures.

Barcelona fell to their first La Liga defeat to Atletico Madrid in over a decade at the weekend, slipping to 13th in the table, a result that rocked a Barcelona boat that has been sailing unsteadily since the revelations captain and all-time top scorer Lionel Messi was on the verge of leaving the club in the summer. 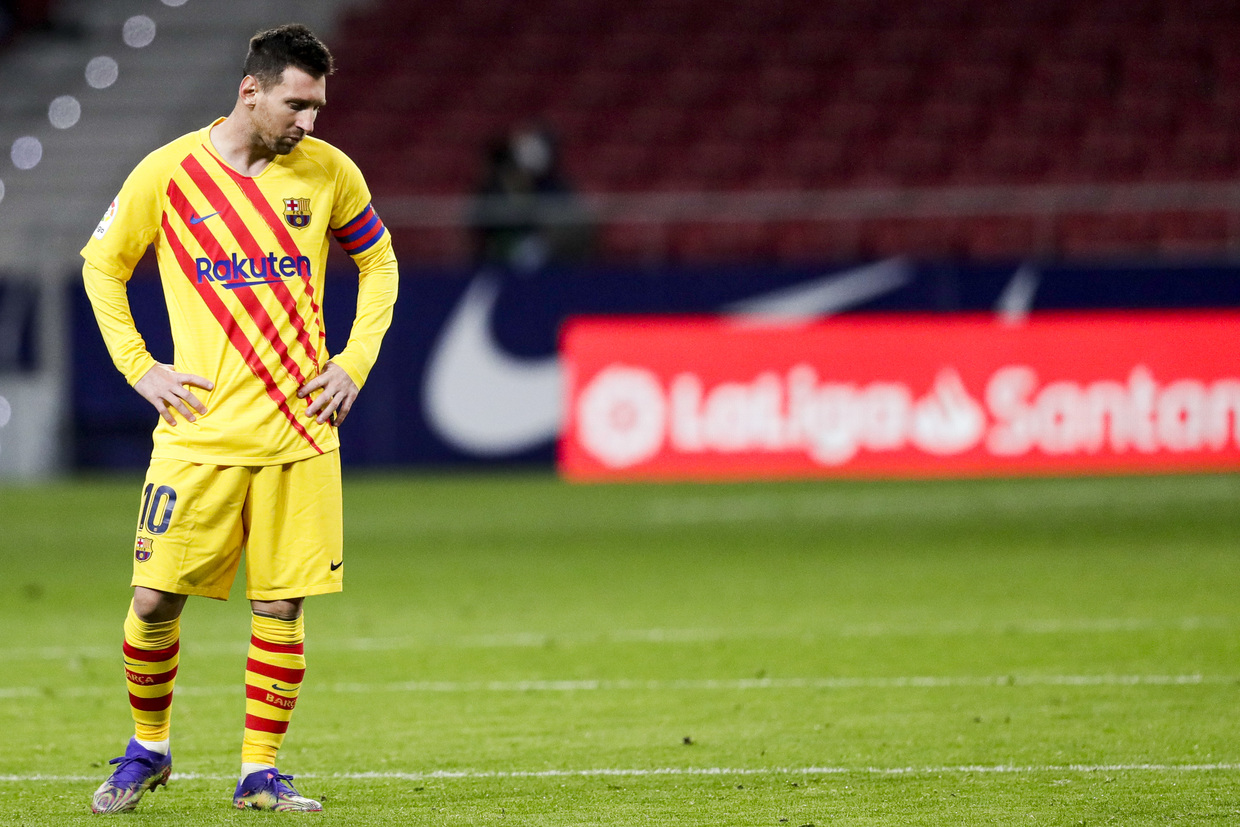 That has cast further doubt over manager Ronald Koeman’s tenure; the man who scored the goal to bring Barca their maiden European Cup victory in 1992 may be relying on victory in Europe to prolong his dream job, and then there’s the daunting prospect of slaloming through the club’s presidential elections on January 24, which are likely to bring in a change of face in the Barca hotseat.

Sanderson told RT Sport’s ‘The Camp Nou View’ from Barcelona: “They are facing a crisis on and off the pitch with what’s going on with the presidency and then on the pitch the results are just not coming.”

“They’re nine points behind Atletico now. Koeman is probably going to look to the Champions League to recover, in a way that’s happened three times this season, they’ve had a bad result and then gone into Europe and clawed a bit of momentum back. They’ve had three wins from three in the Champions League that’s why Koeman hasn’t taken Messi and Frenkie De Jong and is resting them. 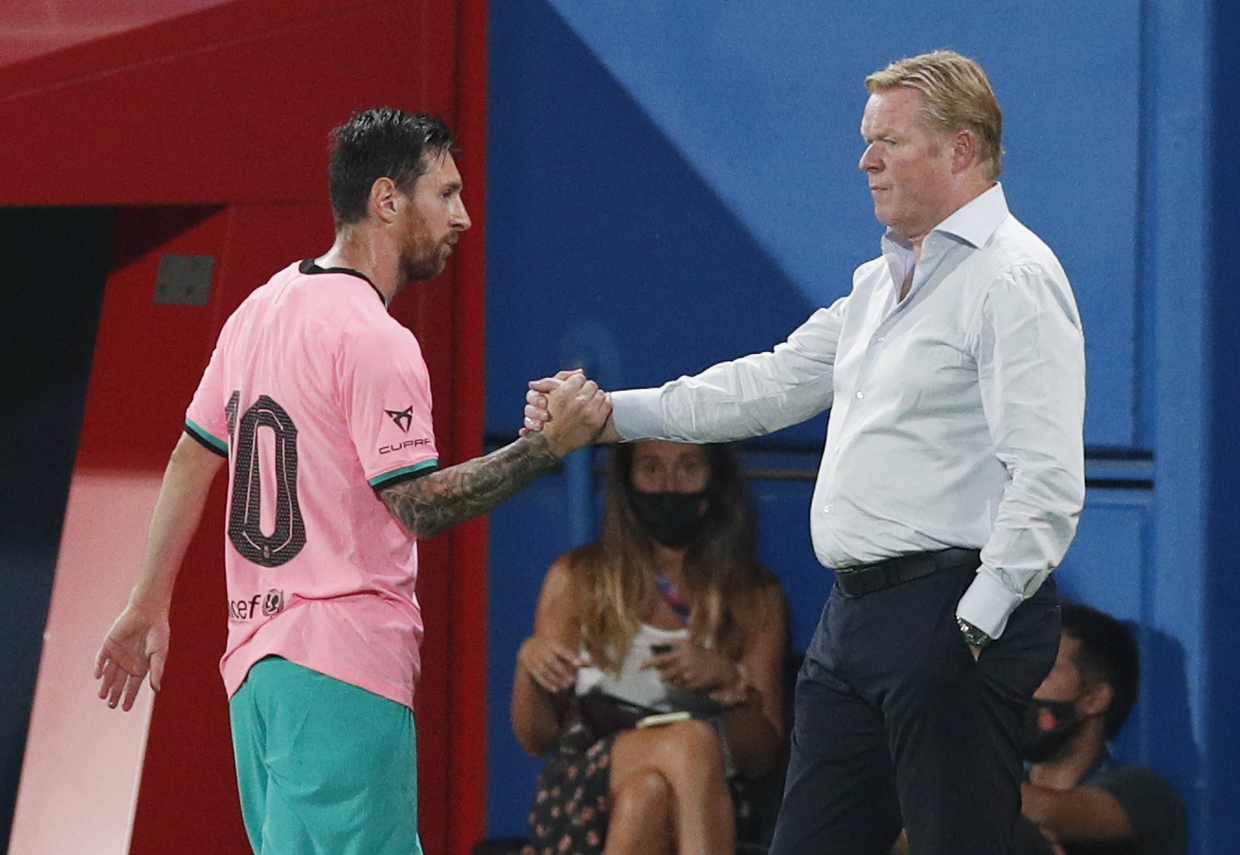 “But generally there are feelings of pessimism. There is a feeling that Messi should have gone. There’s a feeling that Barca are already in the post-Messi landscape with Messi still in the team. Koeman made the point of Messi traveling back from Argentina the other week and being thrown straight into La Liga.”

President Aliyev: I came to Shusha along road called “Victory”

On 8 November 2020, Azerbaijan gained a brilliant victory by liberating its ancient city of…

A display of paintings by Azerbaijani artist, founder of the Yarat Center for Contemporary Art…

“Speaking at the inauguration of the magnificent State Flag Square in Baku, I said that…

On January 15, the Minister of Defense of the Republic of Azerbaijan, Colonel General Zakir…

World Health Organization’s mission to study the origin of the coronavirus arrived in Wuhan, China,…

7 years after it returned to Russia, Ukraine ‘ready to consider compromises’ on status of Crimea – former President Kravchuk

Russia and Ukraine should come to an agreement on Crimea and Donbass, and Kiev is…

There is no city called “Shushi”, there is Shusha – Ilham Aliyev

Operation ‘Back to Life’: How Israel is Leading the World’s Vaccination Campaign

Out of every 100 vaccinated against COVID-19, 91-92 people will be fully protected from infection,…

12:52 Russian and Iraninan FMs to discuss situation in Nagorno-Karabakh region

11:39 AzerGold may cooperate with British companies

11:00 India says it is ready to supply COVID-19 vaccine to other countries

10:52 Travel never going back to the way it was before pandemic, says Airbnb CEO

09:52 Azerbaijani and Turkish communities hold joint protest action in US