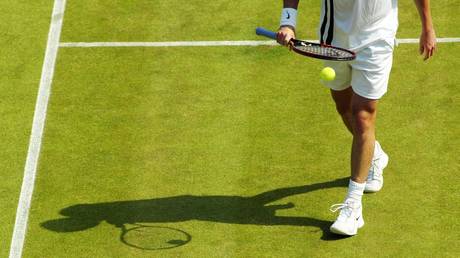 One of the unspoken rules of human affairs is that ordinary citizens should never be personally harassed for the political actions of their leaders. That truism has never been properly observed enough, and went completely out of the window when Russia began its military operation in Ukraine.

This week, Serbian tennis sensation Novak Djokovic delivered a powerful rebuke to Wimbledon’s decision to bar the participation of Russian players from the famous grass tournament.

Referring to himself as a “child of war” who experienced the “emotional trauma” of the US-led 78-day NATO bombardment of his native town of Belgrade in 1999, Djokovic described the banning of Russian players at the prestigious tennis tournament as “crazy.”

“I cannot support the decision of Wimbledon, I think it is crazy,” the world’s top-ranked player said. “When politics interferes with sport, the result is not good.”

Novak #Djokovic: “I will always be the first one to condemn the war. I know what kind of trauma a war leaves, ordinary people always suffer. But I can’t support the Wimbledon decision. It’s not athletes’ fault. When politics interfere with sport, it usually doesn’t turn out well” pic.twitter.com/xYFIlFuQyy

If only the leaders of Western institutions were blessed with such innate wisdom. Thanks to a high level of Russophobia, together with no shortage of virtue-signaling, Russians now find themselves the victims of institutional discrimination, and not just on the tennis court. From the Olympic Games to the game of chess, Russian passport holders are being ostracized through no fault of their own.

The excuse given for this inquisition now on display in Western capitals is that ‘Russia attacked its neighbor.’ For those who prefer a bit of context with their daily news, however, it’s important to note that Moscow had been issuing warnings over Ukraine’s attacks on Russian-speakers in the Donbass – which Russian President Vladimir Putin described as an actual “genocide” – for a long time. Predictably, the West blithely ignored Moscow’s serious concerns on the matter with all the tragic consequences of that attitude on display today.

While people have fiercely divided opinions over Moscow’s course of action in Ukraine, one thing cannot be disputed: from George W. Bush’s illicit invasion of Iraq in 2003, to Barack Obama’s military misadventure in Libya in 2011, Western athletes were never forced to suffer the pain of banishment from international competition due to the militancy of their leaders. Some might call that strange. 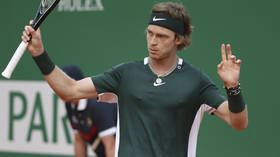 If the liberal virtue-signalers are truly concerned about flaunting their peacenik credentials, then why didn’t they jump at the chance to ban American, British, Australian and other NATO athletes from the world of sport? After all, the US-led invasion of Iraq, for example, led to the death, injury and displacement of over a million people, while the equally misguided “intervention” in Libya gave one of the more advanced African countries third-world status practically overnight. Were American athletes banished from the 2004 Summer Olympics as punishment for the US military unleashing “shock and awe” bombardments against the Iraqi people one year earlier? Not at all. In fact, Team USA left Athens with the greatest haul of medals that year (101), followed by China and Russia.

Perhaps NATO-member athletes were ostracized during the 2012 Summer Olympics for the military bloc’s attack on Libya? Nope. Not only were the Western belligerent states exonerated for their actions by a fawning media, but London went on to host the Games the following year. That is remarkable considering that the British Royal Air Force, in cahoots with the usual Western suspects, launched its share of Tomahawk missiles on Libya, helping to overthrow the government of Muammar Gaddafi, even though that was not what the UN Resolution 1973 had prescribed (Much like the “failed intelligence” put forward by the US to support its military actions in Iraq in 2003, the rush to war in Libya was built on a mountain of lies, as a report by British Parliament only later discovered). (RT)

Number of Batumi-Baku flights to be increased

Truss: Negotiations with Russia possible only after Ukraine’s military victory

Long-term peace in Europe is possible only in case of Russia’s failure in Ukraine, British…

12:26 US blacklists five Chinese companies for cooperation with Russia

11:13 Meeting of Azerbaijan-Georgia Intergovernmental Commission to be held

09:30 Karabakh Park to open in Turkiye

09:00 Zelenskyy calls on UN to deprive Russia of its powers in Security Council