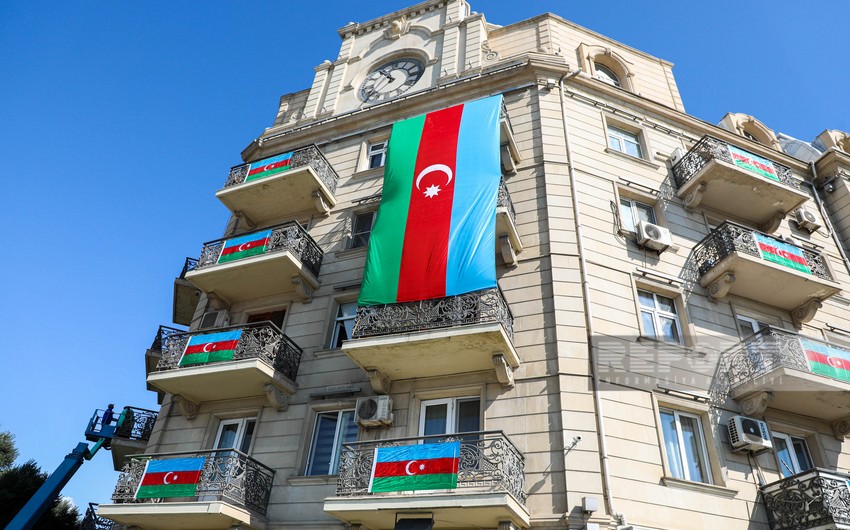 On September 27, Azerbaijan celebrates the Day of Remembrance of the heroic sons who gave their lives to liberate Azerbaijani territories from occupation during the second Karabakh war, Report informs.

The country is actively preparing for this important day.

As part of the events planned for this occasion, the streets and avenues of Baku are decorated with the State Flag of Azerbaijan.

According to the decree of President Ilham Aliyev dated December 2, 2020, September 27 is annually celebrated in Azerbaijan as Remembrance Day as a sign of deep respect for the soldiers and officers who heroically fought in the Patriotic War and gave their lives in the name of Azerbaijan’s territorial integrity.

Report presents photos showing how Baku is preparing for this memorable date.