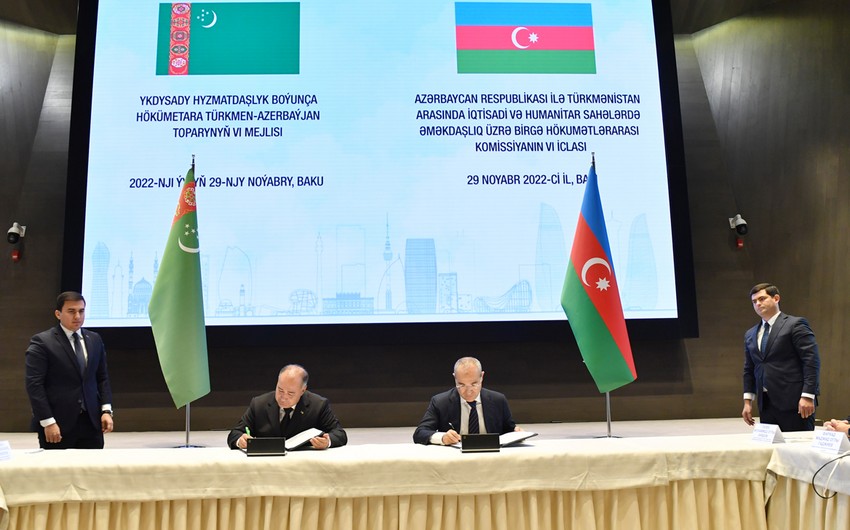 Baku has hosted the VI meeting of the Joint Intergovernmental Commission on cooperation between Azerbaijan and Turkmenistan in the economic and humanitarian spheres, Report informs referring to the Ministry of Economy.

The meeting was attended by a delegation headed by the co-chairman of the commission, deputy chairman of the Turkmen Cabinet of Ministers Batyr Atdaev.

At the meeting, the co-chairman of the commission from the Azerbaijani side, Minister of Economy Mikayil Jabbarov stressed that relations between the two countries are developing. He noted that in January-October this year, the trade turnover between Azerbaijan and Turkmenistan increased by more than 6.5 times compared to the same period last year.

The sides discussed issues of developing partnership in the areas of trade, energy, transport and agriculture.

Following the meeting, a protocol was signed. The document provides for strengthening cooperation in the economic, trade, energy, transport, agricultural sectors, as well as food security, urban planning and architecture.