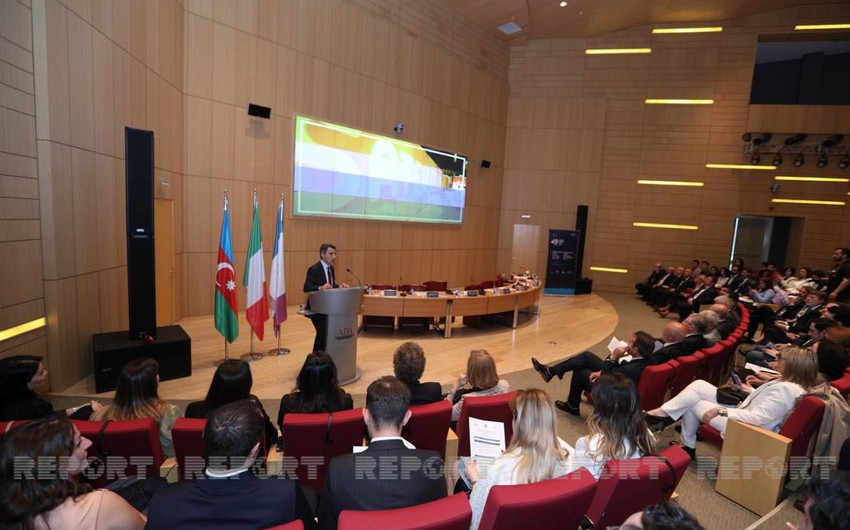 Opening the event, Rector of ADA University Hafiz Pashayev noted that Azerbaijan and Italy are connected by strong cooperation, including in the field of education.

Italy-Azerbaijan University will be built on the territory of ADA University. Its implementation became possible within the agreements reached during the visit of President Ilham Aliyev to Italy in February 2020, when the Joint Declaration on Strengthening the Multidimensional Strategic Partnership was signed. The opening of the university will be another step in strengthening the Azerbaijani-Italian cooperation.

Italian Ambassador to Azerbaijan Claudio Taffuri, in turn, noted that his country owns 70% of the world’s cultural heritage. “For us, design and art are part of our life and part of our history. Today we will talk about the technological effectiveness of design, this is especially important in the world of globalization. Azerbaijan and Italy create synergy in the field of design. Also today we will present an exhibition that brings together the work of Italian designers and professionals in the field of design,” the ambassador said.

Italian architect Michele de Lucchi demonstrated to the participants of the event a series of his works, among which one of the symbols of modern Tbilisi is a 156-meter-long hanging undulating bridge.