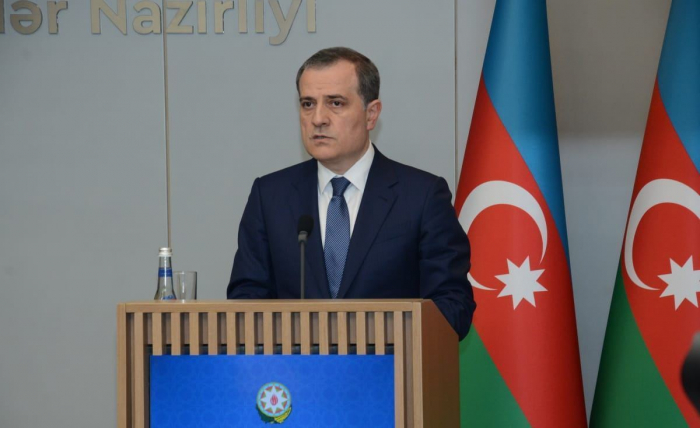 Azerbaijan expects Armenian authorities to analyze the cause of the ongoing internal crisis in the country and to draw a correct conclusion from it, said Azerbaijani Foreign Minister Jeyhun Bayramov.

Speaking at a joint press conference with Deputy Prime Minister, Foreign Minister of Kazakhstan Mukhtar Tileuberdi in Baku Monday, Bayramov said many people claim that the crisis in Armenia is caused by the country’s heavy defeat in the Second Karabakh War.

“The deep political crisis in Armenia was caused by the fact that for decades Armenia, in violation of international law, had been pursuing a policy of aggression,” he added.

Minister Bayramov reiterated that Azerbaijan, proceeding from the norms and principles of international law, stands for the restoration of relations on the basis of preventing violations of borders and territorial integrity.