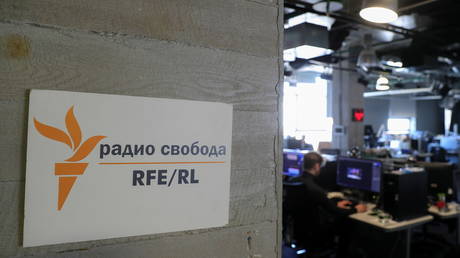 Legal officers have reportedly begun inquiries into property at the Russian headquarters of US government-funded outlet RFERL after judges handed down hefty fines to the company for violating national laws on foreign-backed media.

In a statement posted online, Radio Free Europe/Radio Liberty (RFERL) said that the bailiffs turned up at its Moscow newsroom on Friday to give notice that proceedings to enforce court decisions against the outlet had been initiated. The term for payment of fines worth five million rubles (USD$67,600) has reportedly expired.

According to the state-affiliated organization, which received directives and funding from the CIA until 1972, “the bailiffs spent about two hours in the bureau, inquiring about the inventory of equipment. They did not interfere with the work of the editorial board.” (RT)