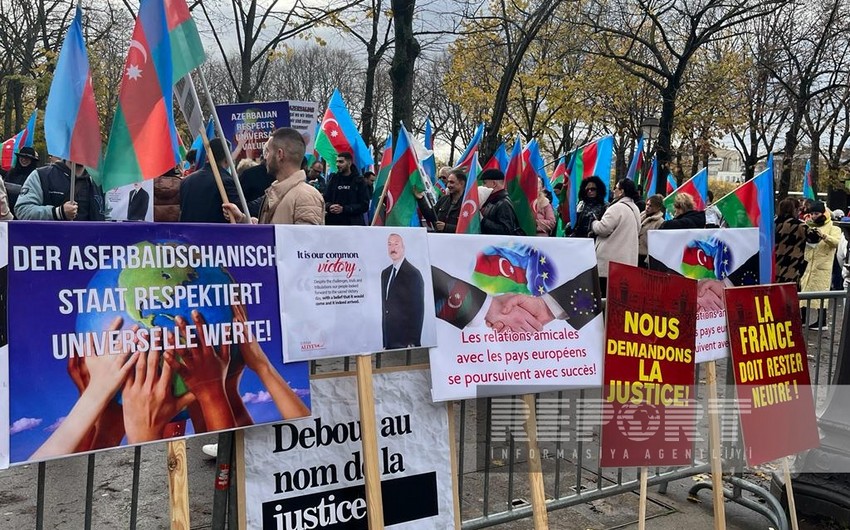 Members of the Azerbaijani diaspora are holding a rally in front of the National Assembly of France in protest against the biased and unfair draft resolution of the French MPs, who have become puppets in the hands of the Armenian lobby, on imposing sanctions against Azerbaijan, Report informs.

The protesters demand that the French MPs take an unbiased stance, say “no” to terrorism, not sow discord between peoples and remain at least neutral if they cannot contribute to peace in the region.

Participants hold posters with slogans “We demand justice!”, “We say NO to terrorism!”, “The National Assembly must be fair!”, “France must be neutral to establish peace in the South Caucasus!”, “Stop Armenian terrorism!”, “Do not follow the Armenian lies!”, “Put an end to double standards!”, “Do not support the aggressor country!”. The protesters also display images of Azerbaijani civilians killed by the Armenian Armed Forces and footage of the Khojaly genocide, including photos of brutally killed Azerbaijani women and children.

Speaking on behalf of the Azerbaijani community, diaspora activists called on the French MPs to be fair and hold a balanced debate.