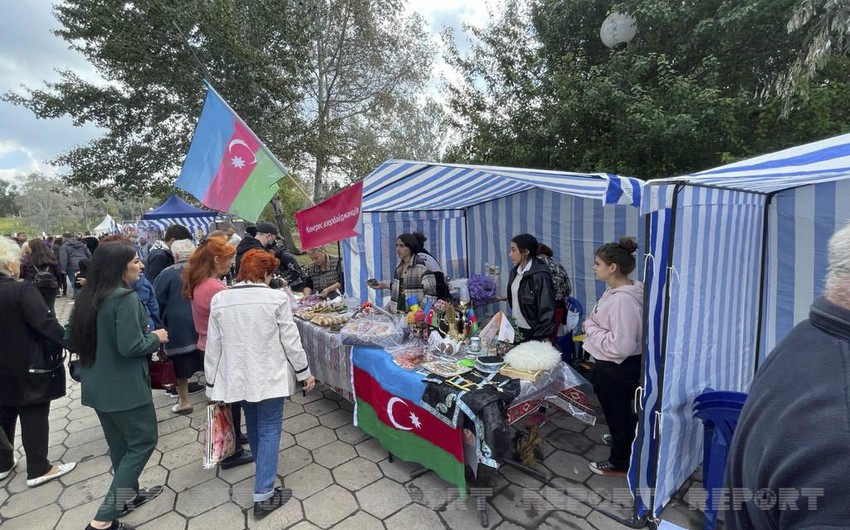 The festival was attended by the chairman of the United Ukrainian Azerbaijanis Congress (BUAK), President of the Assembly of Nations of Ukraine Rovshan Tagiev and chairman of the congress on Mariupol Afag Hamidova, Deputy Governor of Donetsk Oblast Yuliya Kostyunina, Mayor of Mariupol Vadim Boychenko, head of city administration Vadim Novinsky, head of Federation of Greek Societies of Ukraine Oleksandra Protsenko-Pichadji, local MPs and other officials.

Chairman of the administration Natalia Bukreyeva, deputies of the Verkhovna Rada Dmitry Lubenets, Vadim Novinsky, head of the Federation of Greeks of Ukraine Oleksandra Protsenko-Pichadzhi, local deputies and other officials were present.

R. Tagiyev spoke about the activity of the ethnic peoples in Ukraine, joint projects by nations in his Assembly. According to him, the ethnic people are always active in the struggle for sovereignty and territorial integrity of Ukraine.

Read more:   Agreement between Azerbaijan and UN to be extended

Later on, Tagiyev presented honoured diplomas to officials on behalf of the Assembly.