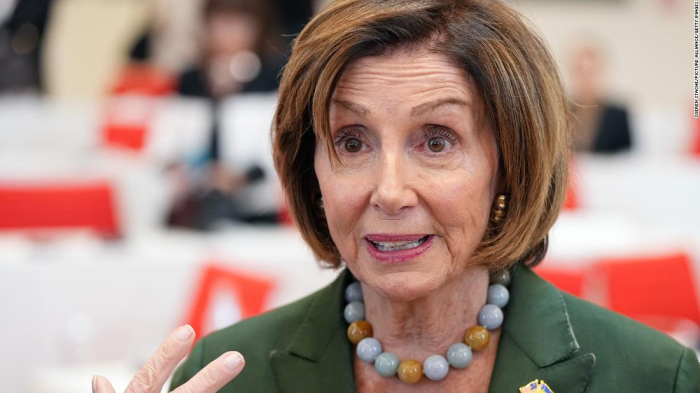 Board Members of Azerbaijanis’ Coordination Council in America (ACCA) have addressed an appeal to US official bodies due to the visit of Speaker of the House of Representatives of Congress Nancy Pelosi to Armenia, according to the State Committee for Work with Diaspora of Azerbaijan.

According to the appeal, Pelosi’s visit to Armenia on September 18 has aimed at distorting the realities in the South Caucasus region.

“Nancy Pelosi and the congressmen, supporting her, are against democratic principles, which defend human rights and justice,” the appeal said.

Besides, the appeal noted that Pelosi’s baseless and unfair accusations against Azerbaijan are unacceptable.

During the night of September 12, the Armenian armed forces carried out a large-scale provocation on the border with Azerbaijan. The Azerbaijani armed forces stopped this act of aggression against the sovereignty and territorial integrity of the country. All responsibility for the aggravation of the situation in the region and large-scale provocations lies with the military-political leadership of Armenia, the appeal further said.

The appeal pointed out that while Azerbaijan demonstrates its interest in establishing a sustainable peace with Armenia, Pelosi and people, like her, instead of supporting this intention of Azerbaijan, have preferred a biased pro-Armenian policy.

Azerbaijan, which independently implemented four UN Security Council resolutions on the immediate liberation of Azerbaijani lands from occupation, is now engaged in mine clearance of its territories, carrying out large-scale works to restore the lands destroyed by Armenia, the appeal said.

The Azerbaijani state is not interested in conflict with Armenia but wants peace, and Pelosi’s statements made during his visit to Armenia are a serious blow to efforts to normalize relations between Azerbaijan and Armenia.

At the same time, the appeal authors noted with regret that Pelosi, who spoke about “justice” and “democracy”, didn’t say a word about Armenia’s aggressive policy towards Azerbaijan, almost 30 years of occupation of Azerbaijani territories, destruction of Azerbaijani cities, villages, schools, hospitals, cemeteries, ethnic cleansing of hundreds of thousands of Azerbaijanis and other grave crimes for which Armenia is responsible.

“Such steps and baseless statements serve not to strengthen the fragile peace in the region, but to increase tension,” the appeal said.

The council members called for immediate action in connection with the position of Pelosi, aimed at the emergence of new conflicts between Azerbaijan and Armenia.