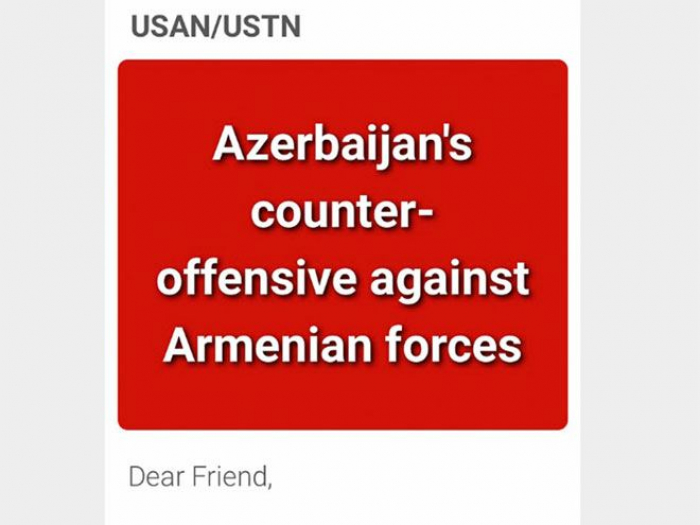 The US Azeris Network has launched a campaign to point the attention of the US public to Armenia’s large-scale attacks on Azerbaijan, the State Committee on Affairs with Diaspora of Azerbaijan told Trend.

The letter of the organization says that Armenia has started a full-scale war against Azerbaijan, who is a strategic partner of the US.

The letter points out that Armenian Armed Forces launched a large-scale military attack on positions of Azerbaijani army on the front line, on Sept. 27, noting that positions and settlements of Azerbaijan along the entire front were under attack.

“As a result of massive shelling by the Armenian armed forces, there are casualties among the civilian population…” the letter said.

“Armenia must immediately and unconditionally withdraw its armed forces from the occupied territories of Azerbaijan in accordance with UN Security Council resolutions 822, 853, 874 and 884,” said the letter.