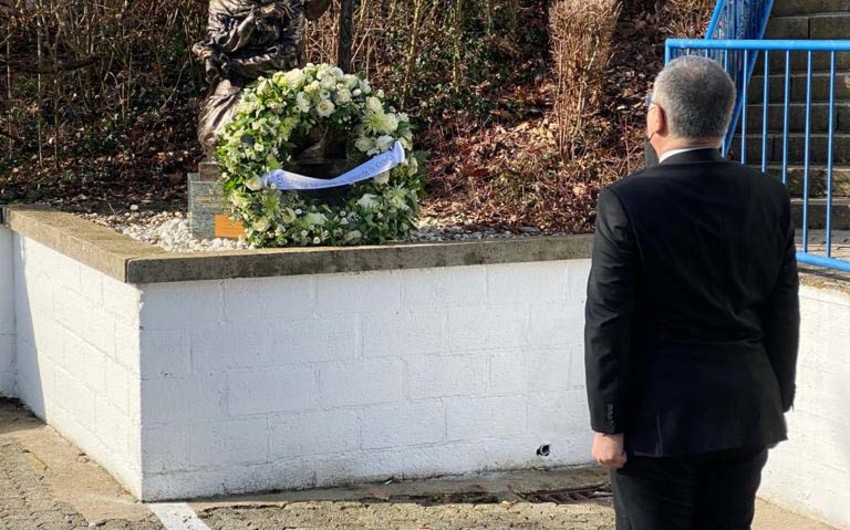 Belgium hosted a commemorative ceremony before the Princess of Karabakh Khurshudbanu Natavan monument in Waterloo on the 29th anniversary of the Khojaly genocide.

Ambassador Fuad Isgandarov spoke about the war between Armenia and Azerbaijan and the Khojaly massacre, one of the most painful events of this war. The diplomat noted that the representatives of the victorious people have already commemorated the memory of the Khojaly victims.

“Azerbaijan has already restored its territorial integrity, which makes the souls of all our martyrs happy,” he added.

Then, the event participants observed a minute of silence for the victims of the Khojaly tragedy and laid a wreath at the monument to Natavan.