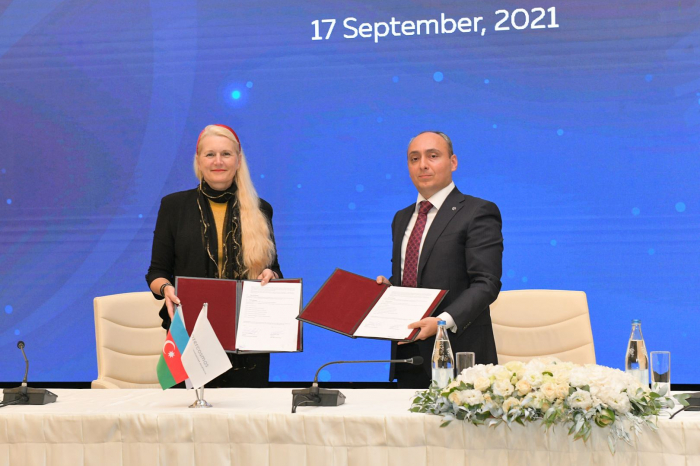 An agreement was signed to hold the International Astronautics Congress in Baku in 2023, according to the Ministry of Transport, Communications and High Technologies of Azerbaijan.

The Ministry held a meeting with the delegation of the International Astronautical Federation, which is in the country on a working visit. During the meeting, Minister Rashad Nabiyev said that independent Azerbaijan became a member of the world space family thanks to the successful satellite projects implemented on the initiative and under the leadership of President Ilham Aliyev.

“It is as a result of this that such an important event as the International Astronautical Congress is returning to Baku after half a century,” it was emphasized at the meeting.

It was noted that this event, will provide an invaluable opportunity for Azerbaijan and neighboring countries, including states that are not members of the federation, to integrate more closely into the global space industry.

“I am confident that the International Astronautics Congress in 2023 will tangibly boost Azerbaijan’s position in the space exploration field and give the country an impetus to become one of the driving forces of the global space industry,” Ehrenfreund said.

The International Astronautics Congress will make a significant contribution to establishing closer ties with the world’s leading partners of space agencies, companies and organizations, accelerating the transfer of space technologies to the region, developing human capital, as well as strengthening the reputation of our country as the “space center of the region” and a reliable partner in the international arena.

Azerbaijani servicemen in reserve called up for training

Azerbaijani servicemen, who are in reserve, are called up for military (training and testing) and…