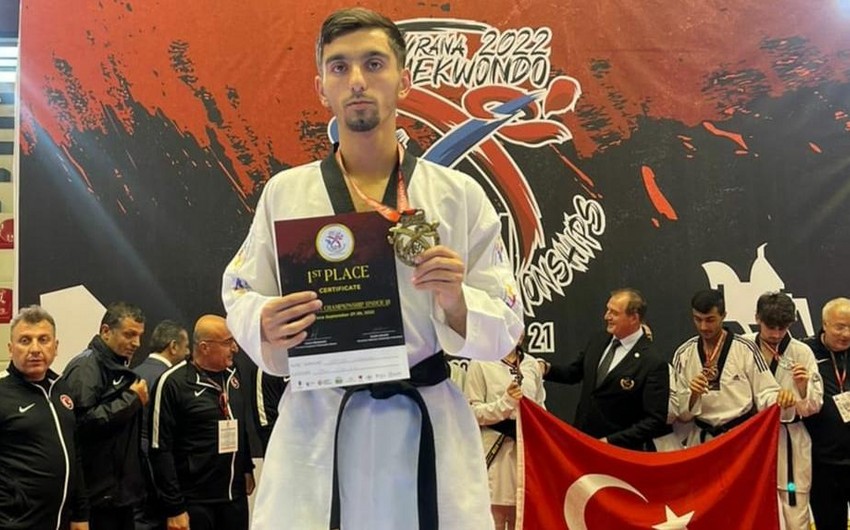 Azerbaijani taekwondo player Seyyad Dadashov won a gold medal at the U-21 European Championship held in Tirana, the capital of Albania, Report informs.

On the way to the final, the 54 kg athlete eliminated his opponents from Moldova, Serbia, Turkiye, Albania, and Sweden.

Dadashov grabbed the gold medal after defeating the Dutch opponent Milan Milla in the final bout.

The other Azerbaijani medalist was Eltaj Gafarov, who competed in the 74 kg category. He claimed a bronze medal.

Thus, the national team won a medal again at the European Championship after 5 years. With Dadashov taking the highest place on the podium, the national anthem of Azerbaijan was played in the U-21 competition after 9 years.

The European Championship will end on September 30.