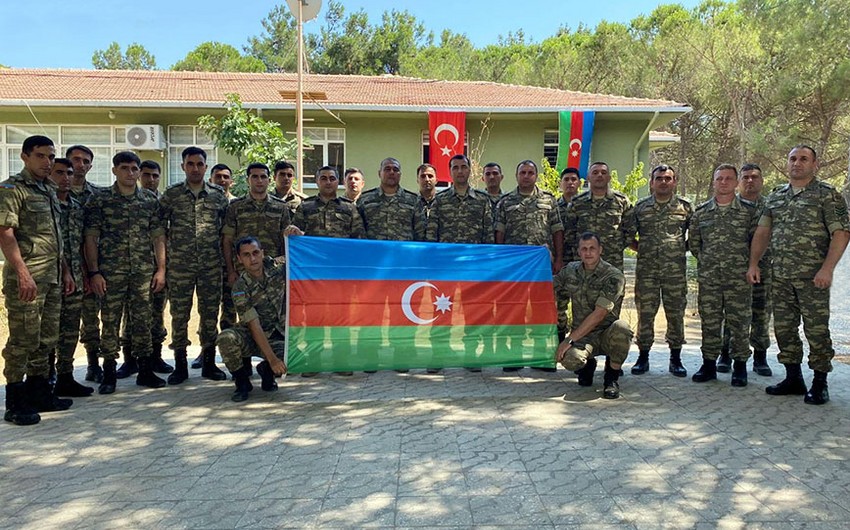 Following the bilateral cooperation plan signed between Azerbaijan and Turkiye, within the framework of the “Brother Brigade” project, the servicemen of the Azerbaijani Army participated in the training held in Turkiye to exchange experience, Report informs, citing the Ministry of Defense.

In connection with the completion of the training period, a ceremony was held with the participation of the commander of the Army Corps of the Turkish Armed Forces, Lieutenant General Rasim Yaldiz, and other high-ranking officers.

Speaking at the ceremony, Lieutenant General Yaldiz emphasized the exemplary service of Azerbaijani servicemen within the framework of the “Brother Brigade” project and expressed his belief that they will apply the knowledge and experience gained during the training for the further strengthening of the Azerbaijan Army.