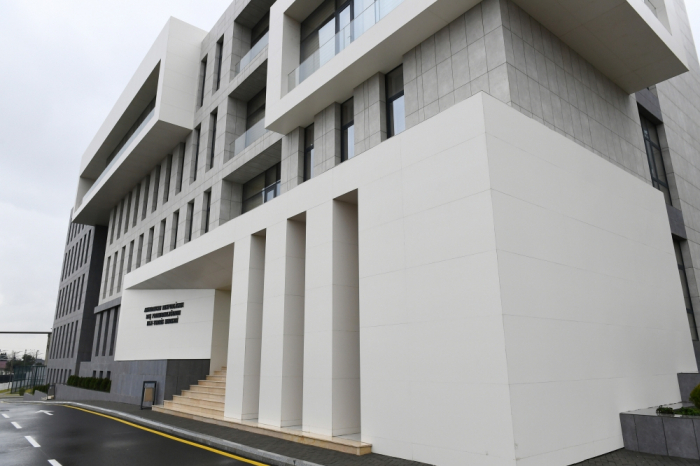 The work on the flight recorder of the military helicopter of the State Border Service, which crashed on November 30, is underway in Azerbaijan, Senior Assistant Prosecutor General, Justice Counselor Mahir Abbasov said at a briefing on the fulfillment of the decision on the announcement of an act of amnesty in connection with November 8 – Victory Day by the prosecution structures on Dec. 6.

“An investigation team of the Prosecutor General’s Office was created immediately after the crash and sent to the scene,” the senior assistant prosecutor general said. “Various expertise were arranged. After the expert’s conclusion, information on the cause of the crash will be disclosed.”

A military helicopter of the Azerbaijani State Border Service crashed during a training flight at the Garaheybat airfield in Khizi district at 10:40 (GMT+4) on Nov. 30, as a result of which two people were injured and 14 people were killed.

The Prosecutor General’s Office launched a criminal case under Article 352.2 of the Criminal Code (violation of flight or flight preparation rules as a result of which two or more people died) and other articles.