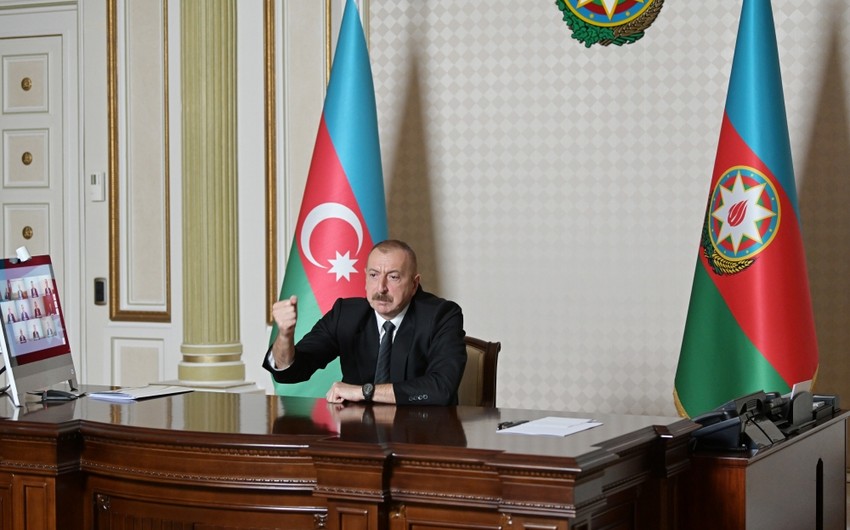 “You know, this is an opinion that reflects the situation in Armenia. As for our position on restoration peace in the region, I have made several public statements, and you can probably find them if you look for them on the Internet. These include, in particular, the work on the delimitation and demarcation of the borders, the preparation for comprehensive talks on a peace agreement with Armenia. All these are goodwill gestures.”

Report informs that Azerbaijani President Ilham Aliyev said this in an interview with France-24 TV channel on September 28.

“By the way, none of them has been properly responded by the Armenian leadership. They either ignore these proposals or say they are not ready. But my statement derives from the tendency we are observing in Armenia. This is a tendency of revanchism in some circles of the political establishment. I am not talking about the opposition, but also about the government. It is about public statements and, more importantly, practical steps to take revenge, attempts to militarize Armenia, attempts to gain access to new modern equipment to restart a war.