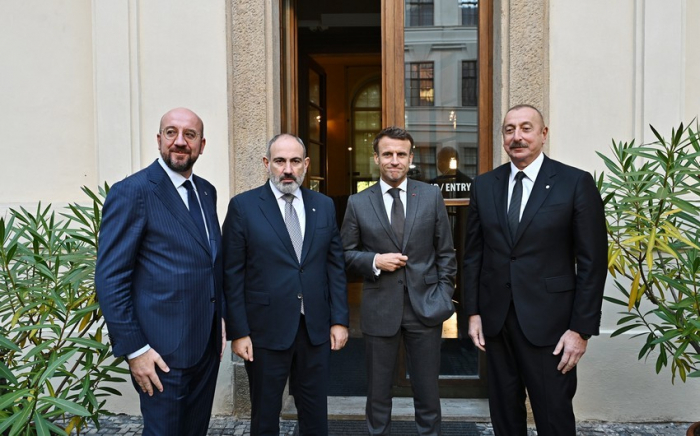 Georgian media outlets, including interpressnews.ge, 24news.ge, apsny.ge, newsgeorgia.ge, kavkasia.net, actual.ge, interpress.ge news portals have published articles highlighting Azerbaijani President Ilham Aliyev’s visit to Prague, his speech at the “Peace and Security on the European continent” roundtable discussions, as well as his remarks during an interview with Azerbaijani TV channels.

The articles presented to the readers in Azerbaijani, Russian, English and Georgian languages featured remarks by President Ilham Aliyev on the importance of creating a single discussion platform in the trilateral format of Azerbaijan-Georgia-Armenia, Armenia’s recognition of Azerbaijan’s territorial integrity and other issues.

The articles quoted President Ilham Aliyev as saying: “Breaking one’s commitment is, of course, an extremely shameful fact. However, we are still patient and restrained. I am sure we will achieve this, rather sooner than later.”

The reports also said that neither the Armenian side nor the European Union has any questions about the five principles declared by Azerbaijan.