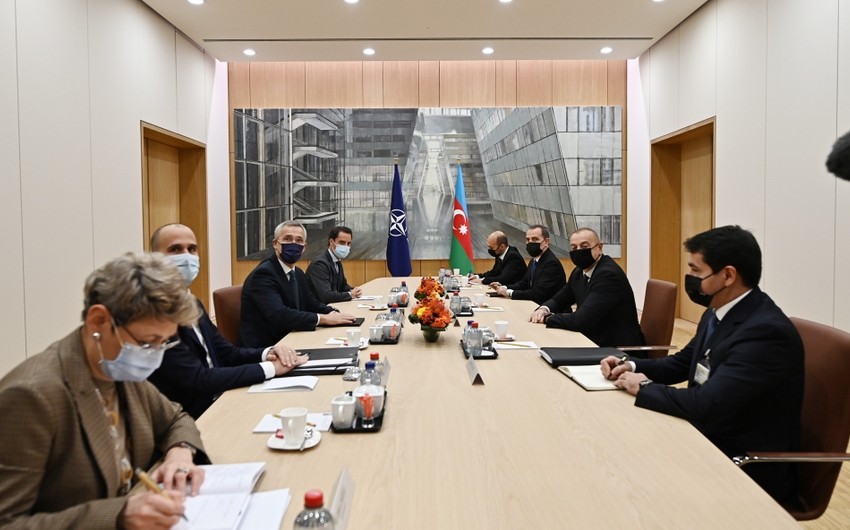 Report informs that the meeting was held within the framework of the visit of President Ilham Aliyev to Brussels.

At the end of the meeting, the Azerbaijani president and the NATO secretary-general will hold a press conference. The president will also take part in a NATO meeting today.