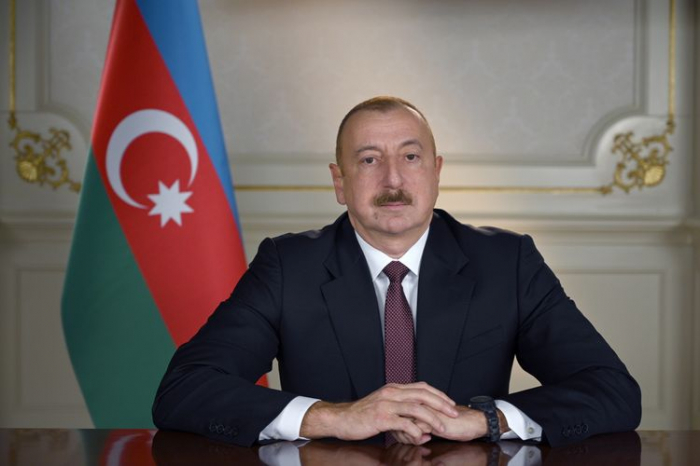 Azerbaijani President Ilham Aliyev has sent a letter of congratulation to his French counterpart Emmanuel Macron.

“On my own behalf and on behalf of the Azerbaijani people, I convey my sincerest congratulations to you on the occasion of the national holiday of the French Republic,” the Azerbaijani president said.

The head of state noted that the continuous development of friendly relations and cooperation between Azerbaijan and France on the basis of mutual trust and good traditions is encouraging.

“I’m convinced that through joint efforts, our ties in the fields of politics, economics, culture, education, defense, high technology and etc., serve the interests of our countries and the welfare of the two peoples,” President Aliyev said, expressing Azerbaijan’s interest in raising bilateral relations with France to a qualitatively new level.

The president also touched upon France’s role in the process of resolving the Armenia-Azerbaijan Nagorno-Karabakh conflict.

“We hope that thanks to the decisive and fair position of France as a permanent member of the UN Security Council and co-chair of the OSCE Minsk Group, as well as that of other co-chairing countries, the 30-year-long occupation of Azerbaijan’s Nagorno-Karabakh and seven adjacent regions will soon end, and Azerbaijani IDPs will return to their native lands.  We believe that the conflict will be resolved on the basis of the norms and principles of international law, the requirements of relevant UN Security Council resolutions, the provisions of the Helsinki Final Act within Azerbaijan’s the territorial integrity,” he added.

President Aliyev also expressed the solidarity of the Azerbaijani people with the friendly French people at this difficult time, when the world is faced with the COVID-19 pandemic.

“On this occasion, I with you good health and the friendly French people lasting prosperity,” the president said.