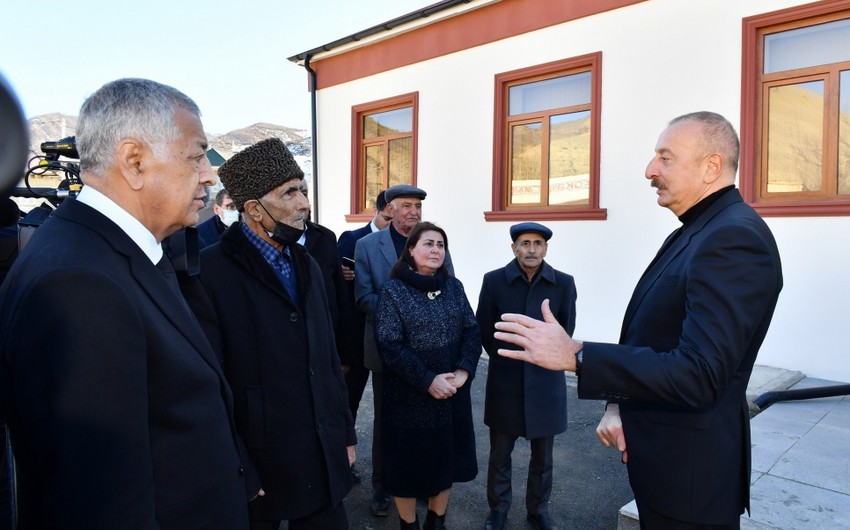 “As for the Karabakh war, it is our common victory. Every Azerbaijani citizen has brought about that holy day closer with their work, with their activities. We kept Karabakh in our hearts during the whole occupation and a young generation, who did not see Karabakh, grew up. They liberated Karabakh at the cost of their lives. We have restored historical justice; we have restored the dignity of our people. Now a new era is beginning,” President Ilham Aliyev said this during a meeting with residents of Guba’s Gonagkand village on December 6 after getting acquainted with the conditions created in the newly-built House of Culture.

The president said that the construction work is being carried out in both Karabakh and Zangazur.

Nazarbayev’s son-in-law has sold his shares in Kazazot ‘s company. Timur Kulibayev, the son-in-law of…