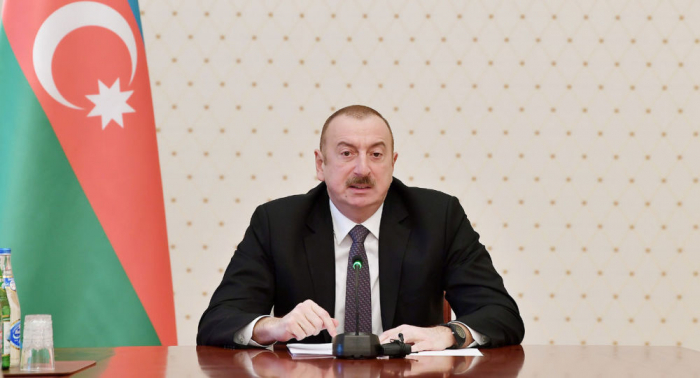 As a result of the military provocation launched by Armenia in the early morning of September 27, Azerbaijani settlements and our combat positions came under heavy artillery fire. As a result of this aggression, 17 civilians were killed, more than 50 civilians were injured and more than 200 houses were destroyed. In response to this provocation, the Azerbaijani side is conducting counter-offensive operations.

President of the Republic of Azerbaijan Ilham Aliyev made remarks during his phone conversation with President of Belarus Alexander Lukashenko.

President Ilham Aliyev noted that Azerbaijani positions are already subjected fire from the territory of Armenia, which is absolutely unacceptable. The head of state stressed that Armenia’s military aggression must end and Azerbaijan’s territorial integrity must be restored.