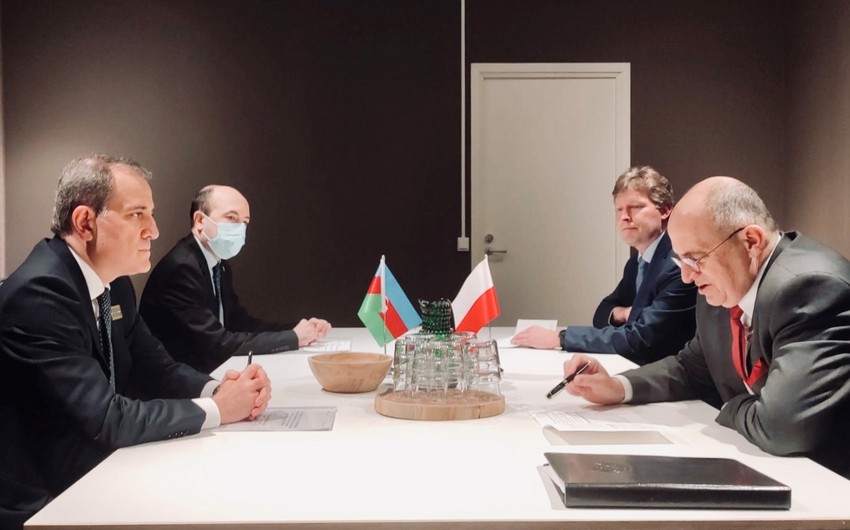 The sides noted that the relations between Poland and Azerbaijan are of a strategic partnership nature.

Referring to the 30th anniversary of establishing diplomatic relations between the two countries next year, the ministers stressed the importance of holding relevant events.

The sides exchanged views on Poland’s chairmanship of the OSCE in 2022 and in this regard, Azerbaijan’s cooperation with the OSCE, the priorities of the Polish chairmanship, as well as cooperation between the two countries within the OSCE.

Jeyhun Bayramov briefed his counterpart on the post-conflict regional security situation, steps to be taken to normalize relations between Armenia and Azerbaijan on the basis of norms and principles of international law, and the implementation of trilateral statements.

The Azerbaijani foreign minister briefed his Polish counterpart on the restoration, reconstruction and reintegration work being carried out by Azerbaijan in the liberated territories.