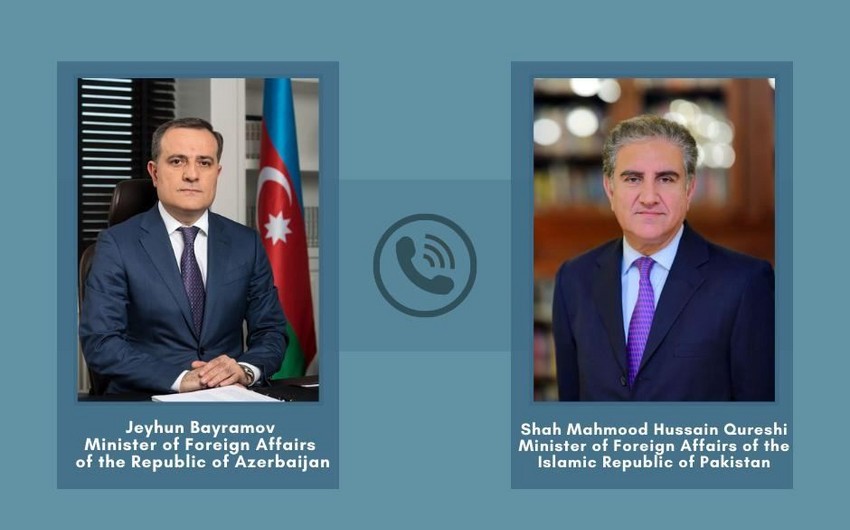 The ministers noted with satisfaction the high level of development of relations between the countries in various fields, and also noted that this year marks the 30th anniversary of the establishment of diplomatic relations between Azerbaijan and Pakistan.

During a telephone conversation, Pakistani Foreign Minister Shah Mahmood Qureshi invited his Azerbaijani counterpart to take part in the regular 48th meeting of the Council of Foreign Ministers of the Organization of Islamic Cooperation, which will be held in Islamabad.