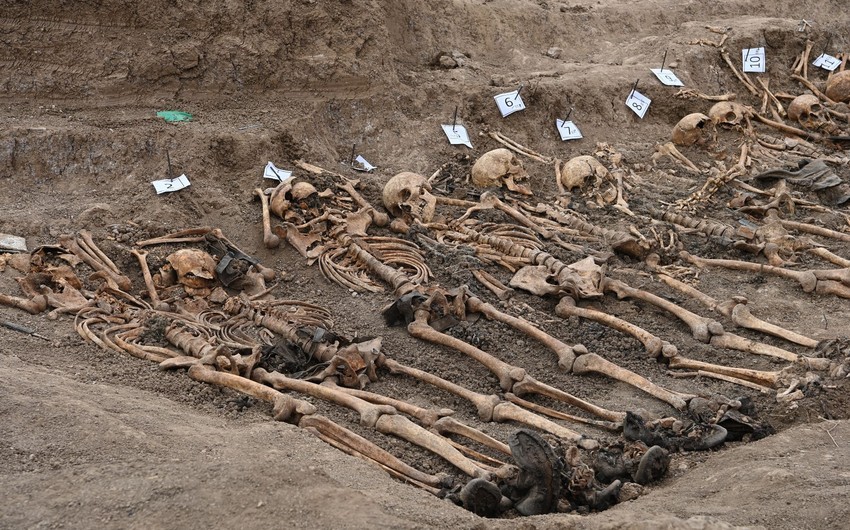 Another mass grave was once again discovered in Edilli village of Azerbaijan’s Khojavand district, liberated from occupation, Report informs, citing the Office of the Ombudsman.

The Ombudsman called on the international community regarding the mass grave discovered in Khojavand.

Twelve human remains were found in the grave, buried with hands and feet bound with wires and ropes. According to their clothes and belongings, it was found out that they were soldiers. This proves many statements about the torture and killing of Azerbaijani prisoners of war.

There is a possibility that the discovered remains belong to Azerbaijanis who disappeared during the First Karabakh War and whose fate is still unknown. However, despite repeated calls, the Armenian side has refused to provide information about those persons, as well as the mass burial places of Azerbaijanis, in order to hide the war crimes it committed.

Armenia’s gross violation of the 1949 Geneva Conventions and its policy of ethnic hatred against Azerbaijanis was once again confirmed by the revelation of this fact.

A mass burial site of Azerbaijanis was found in the village in February of this year.