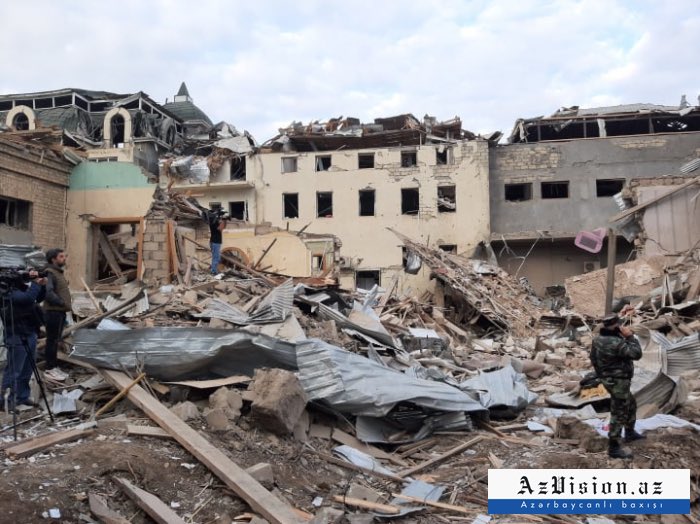 The appeal reads as follows:

“In response to another military provocation committed by the Armenian armed forces on September 27, 2020, the Azerbaijani army launched a counter-offensive operation and liberated Azerbaijani lands from occupation during the 44-day Patriotic War.

To avenge the defeat on the battlefield, the military-political leadership of Armenia made its target the civilians of the cities and regions of Azerbaijan located far from the combat zone, using heavy weapons, including artillery and ballistic missiles, committed grave crimes, including the military, brutal killing of civilians, in particular women and children and damaged civilian property and infrastructure.

At about 4 am (GMT+4) on October 11, 2020, Ganja, the second-largest city in Azerbaijan with a population of more than 500,000 people, located 80 kilometers from the front line, was fired upon by the military-political leadership of Armenia using the Tochka-U missile system. This brutal attack by Armenia, deliberately launched in the early morning to catch sleeping people by surprise, destroyed three residential buildings, killing 10 and injuring more than 40 civilians. Among the dead were a child and women.

NGOs active in Azerbaijan in the field of human rights protection, again with great concern appeal to international organizations and urge them to take serious steps against Armenia and its military leadership, which committed the murder of innocent children and women a year ago, to give a political assessment of the war crimes committed by it and crimes against humanity.”

The document was signed by heads of 89 Azerbaijani NGOs.