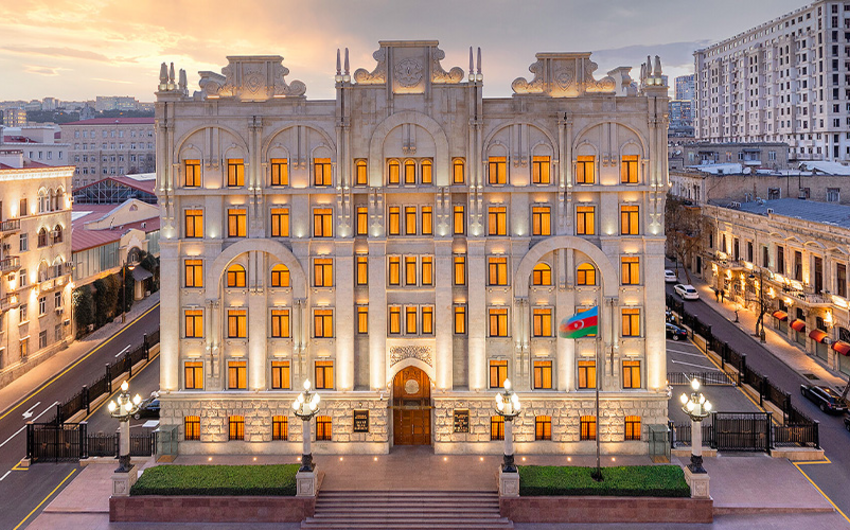 The Ministry of Internal Affairs of Azerbaijan responded to the British embassy.

According to Report, a statement from the Interior Ministry’s Press Service says:

“On May 14, 2022, a group of people held an uncoordinated action in the Fountain Square in the Sabail district. Even though the action was held in violation of the Law of the Republic of Azerbaijan ‘On Freedom of Assembly’, the police did not interfere in the action but ensured the safety of the participants and the relevant statement was voiced at the end of the action. No incidents were reported and no one was detained during the protest.

“However, it is unacceptable for the British embassy in Azerbaijan to spread false information about serious police interference in the protest and a large number of detainees on the same day, and it is unjustified interference in the internal affairs of Azerbaijan. It is incomprehensible that the British embassy in Azerbaijan misjudged the action and made accusatory allegations while the organizers and participants said the action was held normally and assessed the police’s conduct as satisfactory. We consider this statement as an attempt to damage the reputation of the police in the performance of their duties.

“We call on the British Embassy in Azerbaijan to refute the statement and admit its mistake.

Monkeypox cases are growing in the world. Since 1 January and as of 22 June…