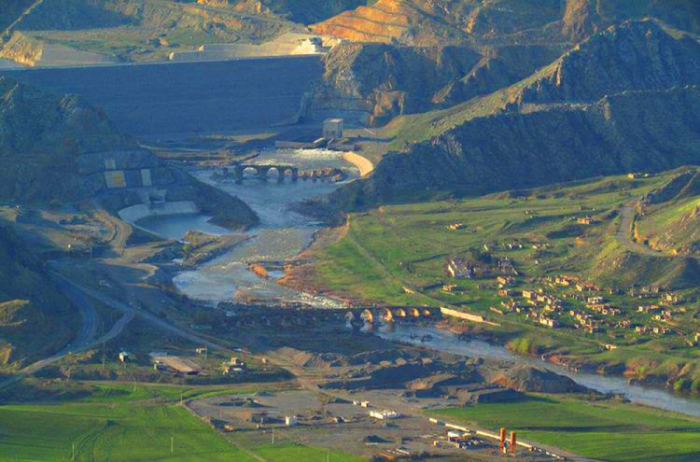 He noted that an advisory company, determined upon an agreement of the respective energy companies of all three countries, has started developing a feasibility study for the project.

He also said the tasks arising from the “Agreement on cooperation in the field of continuation of construction, operation, use of energy and water resources of Khudaferin and Giz Galasi hydro junctions and hydropower plants on the Araz River” between Azerbaijan and Iran are being fulfilled.

Jabbarov noted that the construction of the dam of the Khudaferin junction is almost completed, and the work on the Giz Galasi dam is nearing completion.

The minister said the issues of calculating the costs of construction and damage caused to the Khudaferin hydroelectric complex, as well as the acquisition and installation of installations and equipment for hydroelectric power plants are currently being considered.

“These hydropower facilities with a displacement of 1.6 billion cubic meters and these stations with a total capacity of 280 MW create opportunities for joint use of water and energy resources of the Araz River on both sides. These projects are economically and strategically very important for our country. The implementation of these projects will create conditions for Azerbaijan to produce electricity 368 million kWh per year, improve the irrigation of the existing 252 thousand hectares of land and irrigate 8 thousand hectares of new sown areas,” Minister Jabbarov added.