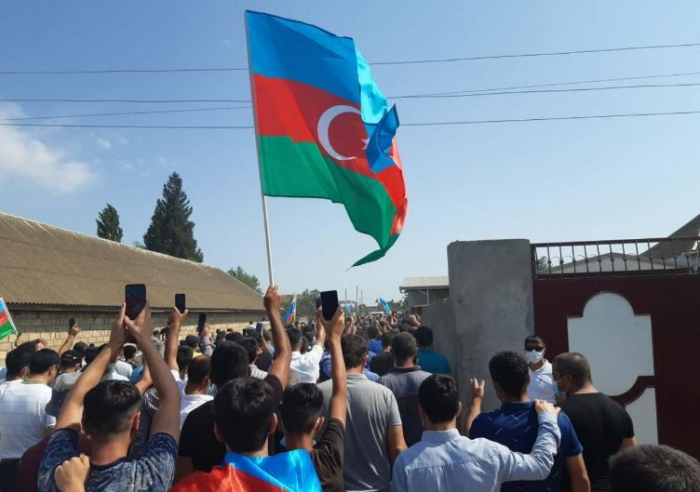 The funeral ceremony was held for Namig Ahmedov and Anar Novruzov, Azerbaijani Army mayors who were martyred during the fierce fighting on the site of the Tovuz region of the Azerbaijan-Armenia state border on the night of July 13-14 and in the morning.

Members of the martyr’s family, intellectuals and companions from the town attended the funeral ceremony.