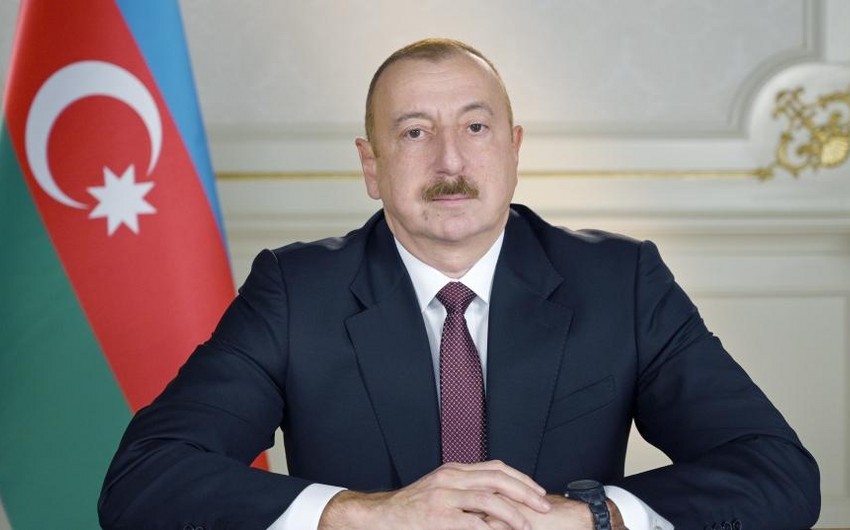 In Aghdam, we are building an entirely new city with a population of tens of thousands of inhabitants, which will become an industrial center of the Karabakh region, Azerbaijani President Ilham Aliyev said in a video format at the 11th Session of the World Urban Forum under the motto “Transforming our Cities for a Better Urban Future” in Katowice, Poland.

“Azerbaijan has built an airport in the liberated city of Fuzuli in less than 8 months. Currently, the construction of two more airports is underway in the liberated cities of Zangilan and Lachin. The master plans of some of the cities in the liberated territories are ready. The Master Plan of Shusha is based on retaining the tremendous historical heritage of the city. In Aghdam, we are building a completely new city with a population of tens of thousands of inhabitants, which will become an industrial center of the Karabakh region. The Aghdam Industrial Park, with 200 hectares of area, is already operating and open for investors and entrepreneurs.

“We are building Zangilan with a view to integrating this city into nature and turning it into a park city.

“Overall, our target is to combine speed and quality in the reconstruction process, whereas the protection of the environment will be among our priorities.