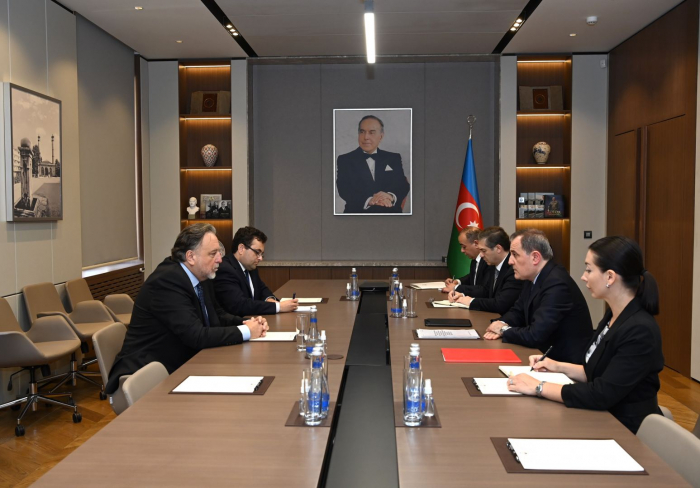 Ministry said that Bayramov accepted a copy of the Ambassador’s credentials and congratulated him on his appointment.

Bayramov said that a high-level political dialogue has been established between Azerbaijan and the Czech Republic and also noted that Azerbaijan attaches great importance to the development of relations with this country.

He also emphasized that the Czech Republic is one of the nine EU countries with which Azerbaijan has established a strategic partnership.

Sedlacek thanked Bayramov for his congratulations and noted that there is great potential for the development of bilateral relations between Azerbaijan and the Czech Republic.

According to Sedlacek, he will make every effort to use this potential for the purpose of developing ties.

The sides noted the importance of continuing political consultations between two countries, and also exchanged views on prospects and opportunities for cooperation in a number of spheres, including economic, transport, energy and humanitarian.

Bayramov informed Sedlacek about the post-conflict situation in the region, reconstruction and construction works carried out in Azerbaijan’s liberated territories [from Armenian occupation in 2020 Second Karabakh War].

Bayramov also told about issues related to the implementation of trilateral declarations, steps taken by Azerbaijan towards normalization of relations with Armenia and Azerbaijan’s approach to ensuring peace and stability in the region on the basis of strict observance of the principles of international law.

Bayramov expressed readiness to provide appropriate support to newly appointed Ambassador of the Czech Republic during his diplomatic activities in Azerbaijan and wished him success.