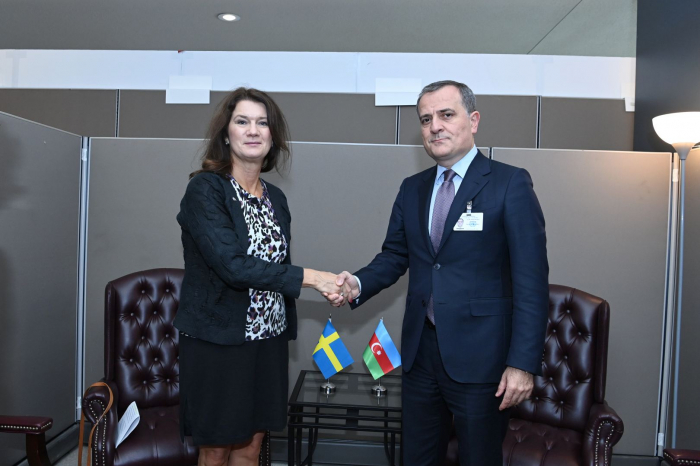 Within the framework of the high-level week of the 77th session of the UN General Assembly in New York, Azerbaijani Foreign Minister Jeyhun Bayramov met with Swedish Foreign Minister Ann Linde, according to the press service of MFA.

During the meeting, a wide exchange of views took place on the prospects for cooperation on bilateral and multilateral platforms between Azerbaijan and Sweden, as well as on regional issues.

Minister Jeyhun Bayramov noted that there are ample opportunities for further development of relations between the two countries, positively assessed the activities of Sweden during the chairmanship of the OSCE. The minister informed his colleague in detail about the current situation in the region, the latest provocations of Armenia and the mine threat.

The Swedish minister expressed concern about the current tensions and said it was important to continue the normalization process. She noted that Sweden is ready to support mediation efforts in this process.