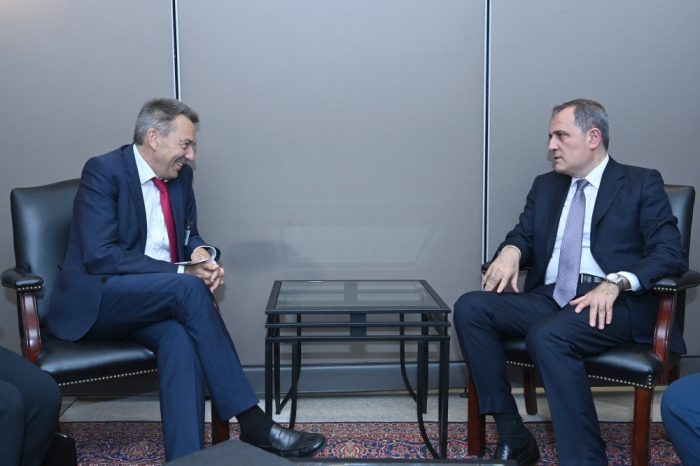 Azerbaijan’s Minister of Foreign Affairs Jeyhun Bayramov has met with President of the International Committee of the Red Cross (ICRC) Peter Maurer on the sidelines of the high-level week of the 77th session of the UN General Assembly in New York, according to the Foreign Ministry.

During the meeting, views were exchanged on the current situation and prospects of many years-long cooperation between Azerbaijan and the ICRC, as well as the situation that occurred as a result of provocation of Armenia and the possible support of the ICRC in this regard.

Noting that the ICRC is one of Azerbaijan’s main partners in the humanitarian field, Minister Jeyhun Bayramov emphasized the importance of continuing relevant work to obtain information on missing persons, determining the fate of more than 3,800 Azerbaijanis, as well as putting pressure on Armenia in this regard.

Openness of the ICRC to cooperation with Azerbaijan in all directions, as well as the satisfaction with the cooperation implemented during the years was expressed by the ICRC President. The President noted the active contact with parties in the region after the tensions, and expressed gratitude for the support provided by Azerbaijan.

Small arms from the conflict zone are finding their way to the Lake Chad Basin,…