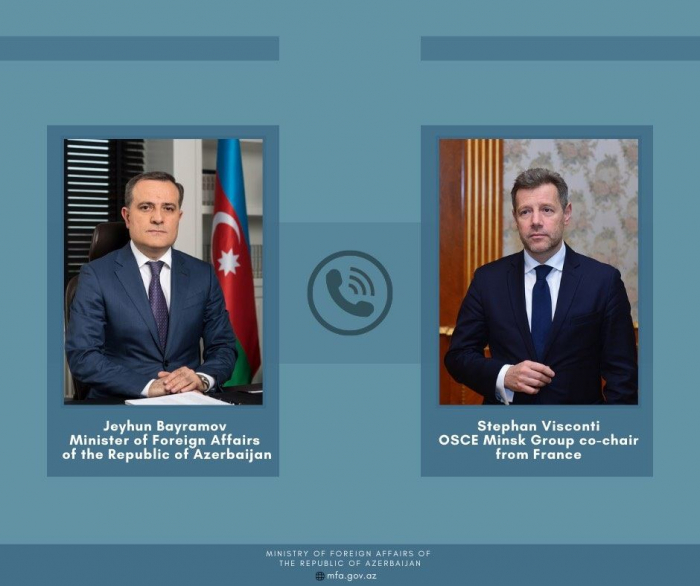 On January 27, 2021, the Minister of Foreign Affairs of Azerbaijan Jeyhun Bayramov and the French Co-Chair of the OSCE Minsk Group Stephane Visconti discussed the latest situation in the Nagorno-Karabakh region in a phone conversation, according to the MFA.

The sides discussed the implementation of the trilateral statements signed on November 10, 2020 and January 11, 2021 by the leaders of Azerbaijan, Russia and Armenia.

The parties also exchanged views over other issues of mutual interest.

Note, on November 10, Armenia, Azerbaijan and Russia signed an agreement to end six weeks of fierce fighting in Nagorno-Karabakh.

Finally, on 1 December, Armenia handed over the Lachin District, over which the Lachin pass connecting Nagorno-Karabakh to Armenia passes.