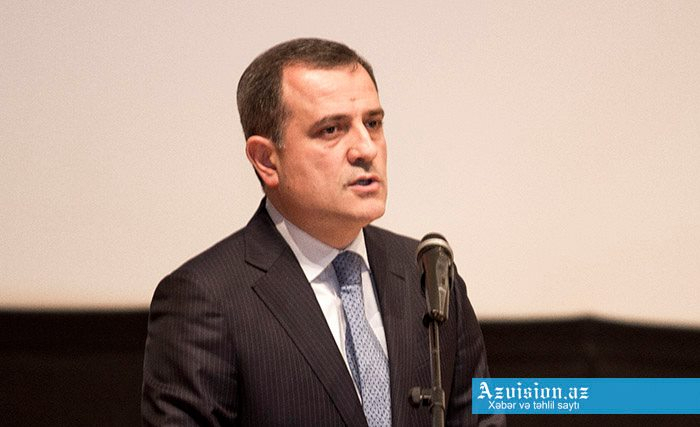 During his visit to Washington, Azerbaijani Foreign Minister Jeyhun Bayramov met with the OSCE Minsk Group co-chairs, according to the press service of the Ministry of Foreign Affairs of Azerbaijan.

During the meeting, Minister Jeyhun Bayramov noted that violating the humanitarian ceasefire twice, Armenian side purposefully fired on the Azerbaijani civilian population and fired rockets at cities and settlements located outside the conflict zone.

The statement of the Armenian leadership stating that “there is no diplomatic solution to the conflict” also brought to the attention of the Co-Chairs by Azerbaijani FM.

It was stressed that all these steps and statements clearly demonstrate the destructive policy of the Armenian side.