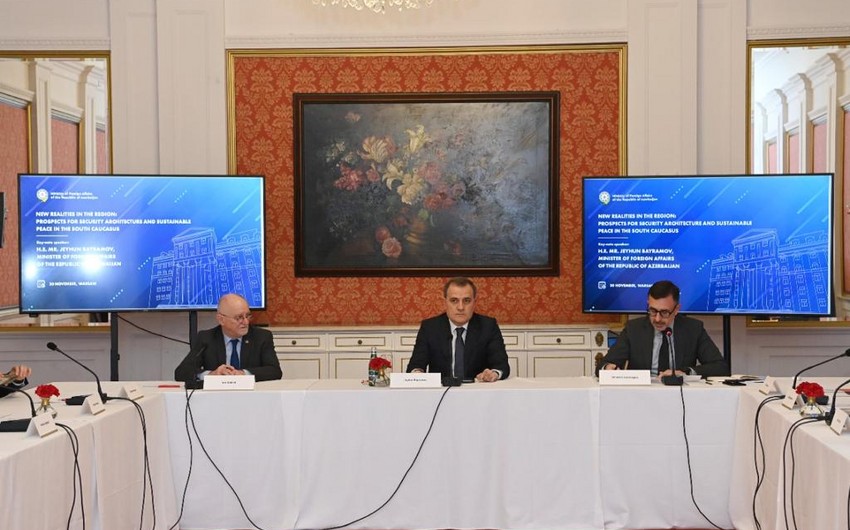 The Minister of Foreign Affairs of Azerbaijan, Jeyhun Bayramov, informed the European diplomats about the provocations of Armenia at the conference on prospects of the architecture of security and sustainable peace in the South Caucasus held in Warsaw, Poland, Report informs.

The conference is attended by nearly 30 European think tanks and academies. Minister Bayramov made a speech at the conference.

He gave detailed information about Azerbaijan’s foreign policy priorities and efforts to ensure peace and tranquility in the region, taking into account the new realities that have arisen in the region after the Patriotic War. At the same time, the minister informed the participants about the proposals on the peace agenda with Armenia, Azerbaijan’s position, and approach in the ongoing negotiations.

The minister also said that the restoration and construction works carried out by Azerbaijan in the region and the activities in the direction of opening communications are important for the well-being of the entire region. In addition, despite Azerbaijan’s efforts and proposals to advance the peace agenda, Armenia’s failure to fulfill its obligations arising from the 2020 Tripartite Statement and other agreements between the leaders of Azerbaijan and Armenia hinders the normalization process and the establishment of lasting peace in the region. He drew attention to the ongoing mine threats in the region and provocations carried out by Armenia in this direction.