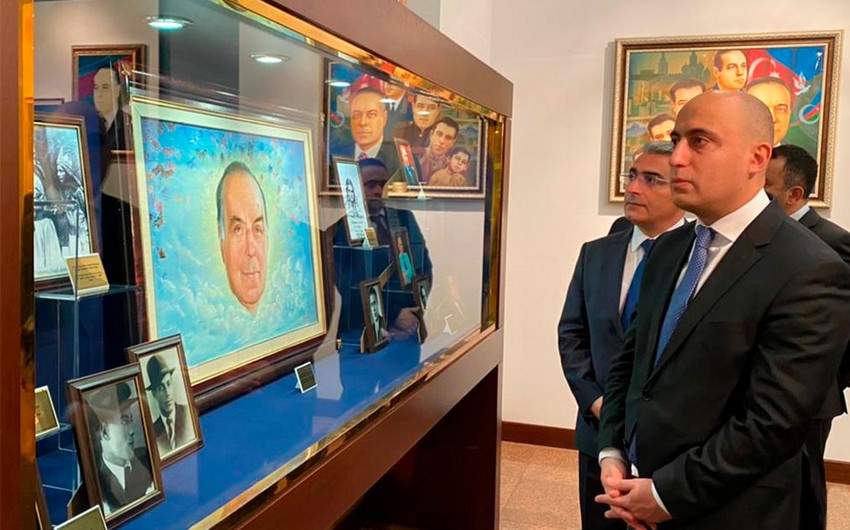 In Nakhchivan, the minister paid tribute to the monument of the national leader, Heydar Aliyev, and familiarized himself with the Heydar Aliyev Museum and viewed the museum’s exposition.

Emin Amrullayev also inspected the conditions at the STEAM Training Center at the Heydar Aliyev High School as well as the school’s laboratory rooms and watched the progress of military training classes.

The delegation also visited the Heydar Aliyev Children and Youth Creativity Center and got acquainted with the handicrafts of students involved in various creative circles.