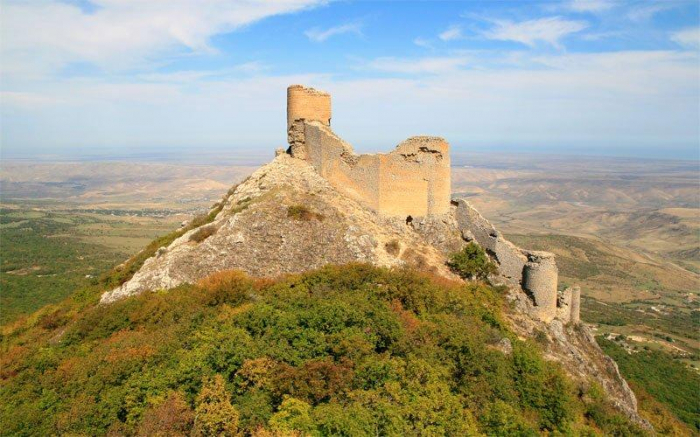 The restoration and conservation work at the Chirag Gala monument of the 5th-6th centuries in Azerbaijan’s Shabran district will be completed by the end of this year, Azerbaijani Minister of Culture Anar Karimov said.

Karimov made the remark during a media tour to review the work done in connection with the monument on June 11.

“The work on the restoration and conservation of this historical monument began in July 2019,” the minister said.

“A road 2 meters wide and 530 meters long was laid from the forest to the fortress,” Karimov said. “A broken bridge was reconstructed, the destroyed parts of the main tower were restored, a road was laid over the rocks between the bridge and the fortress, hinged wooden steps were created.”

“There are plans to include other defensive structures besides Chirag Gala in the UNESCO World Heritage List,” the minister said.

The minister stressed that the fortress is being restored in difficult conditions.

“In this regard, I would like to thank the craftsmen working here,” Karimov said. “I would also like to stress that local specialists were involved in the restoration and conservation of the fortress. The experts invited from abroad highly appreciated the conducted work.”

The minister added that the work is underway to expand the tourism potential of the Chirag Gala fortress monument and the concept created in this regard will be made public soon.