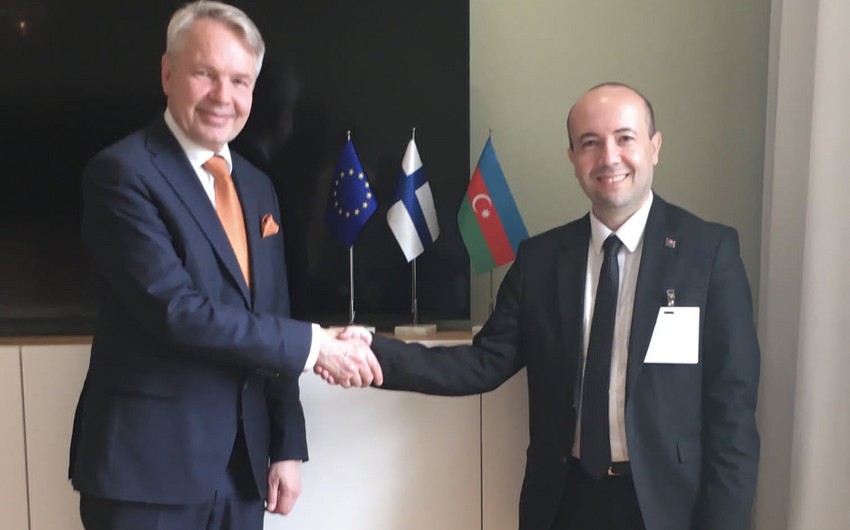 During the visit, meetings were held with Finnish Foreign Minister Pekka Haavisto, First Vice-Speaker of the Finnish Parliament Antti Rinne, Diplomatic Adviser to the President of Finland Petri Hakkarainen and Secretary of State of the Ministry of Foreign Affairs Matti Anttonen. During the meetings, the sides hailed the importance of the visit and cultural events in Baku and Helsinki on the 30th anniversary of the establishment of diplomatic relations between Azerbaijan and Finland. The sides exchanged views on the post-conflict processes in the South Caucasus, as well as regional and international issues.

The roundtables with the leaders and researchers of the Finnish Institute of International Affairs (FIA) and the Martti Ahtisaari Peace Foundation analyzed the normalization processes in the South Caucasus during the post-conflict period, as well as current international and regional topics.