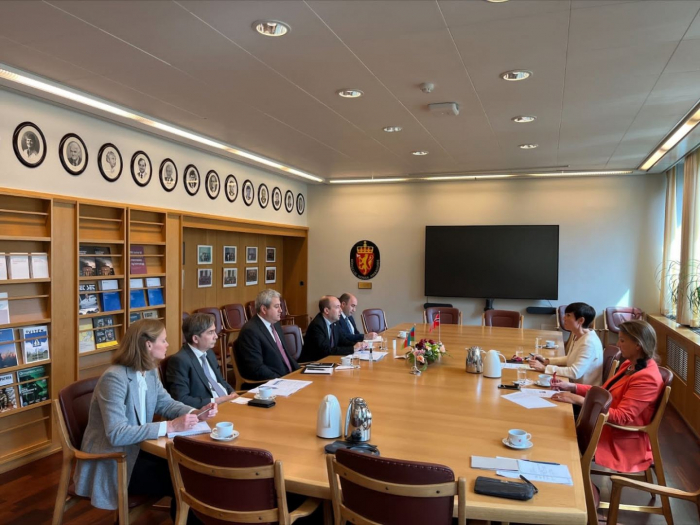 Deputy Foreign Minister of Azerbaijan Fariz Rzayev was on a working visit to Norway from May 23 through May 25, Foreign Ministry told reporters.

The possibility of a joint celebration of the 30th anniversary of the establishment of diplomatic relations between Azerbaijan and Norway was highly appreciated, and views were exchanged on the current state and prospects for the development of bilateral relations, during the meetings.

During the meetings, initiatives aimed at strengthening the regular dialogue between Foreign Ministries and parliaments of the two countries, the process of normalization of relations between Azerbaijan and Armenia in the post-conflict period, as well as initiatives aimed at establishing regional cooperation also were discussed.

The round table with the participation of experts from the Norwegian Institute of International Affairs (NUPI) discussed the processes of normalization in the South Caucasus in the post-conflict period, as well as current international and regional topics.

A concert by Isfar Sarabski’s jazz trio and a diplomatic reception was held at the Litteraturhuset (Literary House) center in Oslo as part of the visit on the occasion of Independence Day of Azerbaijan, also the 30th anniversary of the establishment of diplomatic relations between Azerbaijan and Norway.