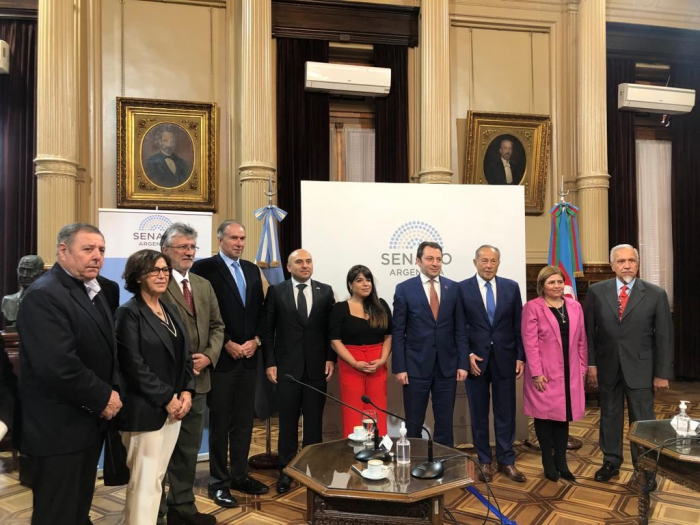 On May 12, Deputy Foreign Minister of Azerbaijan Elnur Mammadov met with members of the Foreign Relations Committee of the Senate of Argentina, according to the Azerbaijani Foreign Ministry.

During the meeting, the official representative of the Ministry of Foreign Affairs of Azerbaijan emphasized the importance of expanding bilateral inter-parliamentary relations, gave detailed information on the new political realities in the South Caucasus region after the Second Karabakh War, restoration and construction work in the liberated territories of the country.

Thus, the visit of the delegation headed by the Deputy Minister of Foreign Affairs of Azerbaijan Elnur Mammadov to Latin America ended.