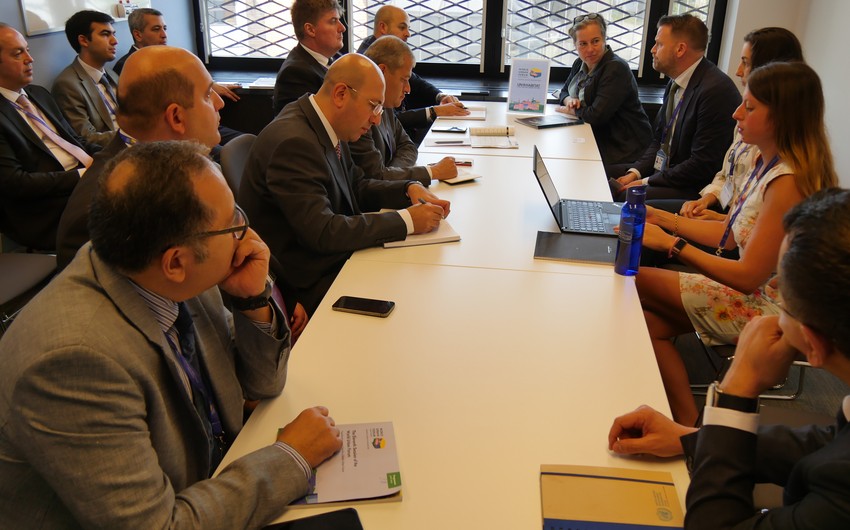 The Azerbaijani delegation participating in the XI session of the World Urban Forum (WUF11) has met with representatives of the United Nations Human Settlement Program (UN-Habitat) and the URBAN lab project to support urban development.

According to Report’s correspondent sent to Poland to participate in the World Urban Forum, during the meeting, Chairman of the State Committee for Urban Planning and Architecture of Azerbaijan Anar Guliyev informed representatives of the UN Human Settlement Program that the restoration of infrastructure in the liberated Azerbaijani territories after 30 years of occupation is a priority for Azerbaijan and talked about the work being done there.

He noted that UN-Habitat’s experience in rebuilding destroyed cities can be useful for Azerbaijan.

Guliyev noted that master plans for a number of cities, including Aghdam, Fuzuli, Zangilan, have already been prepared, and a plan for the restoration of Kalbajar was presented to the head of state recently. “We are closely cooperating with foreign experts in this matter,” he added.

Guliyev said that the concept of “smart city/village” is being implemented in the liberated territories, it is planned to create a green energy zone, and there will also be three international airports, one of which is already operating in Fuzuli.

“We are closely cooperating with UN-Habitat and have already agreed on several areas of joint work,” the chairman of the state committee said, noting that if the UN Human Settlement Program were represented in the country, this would further intensify this cooperation.

During the meeting, the parties discussed the possibility of holding the National Forum of Cities in Azerbaijan this fall.

The meeting was also attended by the head of the secretariat of the Coordinating Headquarters for the reconstruction of the liberated territories, Nusrat Suleymanov, and the senior adviser to the department for work with non-governmental organizations and communications of the Presidential Administration Sultan Hajiyev.