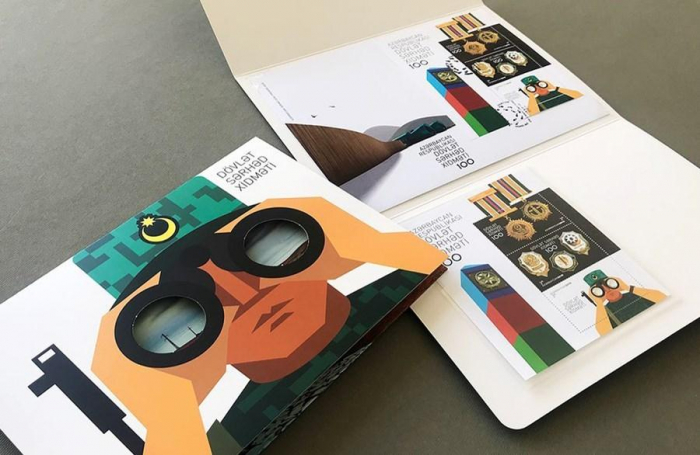 Azermarka LLC has put into circulation the postal block dedicated to the 100th anniversary of the Azerbaijani State Border Service, according to Trend.

The postal block 115×135 millimeters in size consists of three stamps. The stamp size is 56×34 millimeters.

The circulation of the postal block reached 10,000 stamps, while the nominal value of one stamp is three manats.

In addition, the company also has issued 750 ‘First Day’ envelopes.