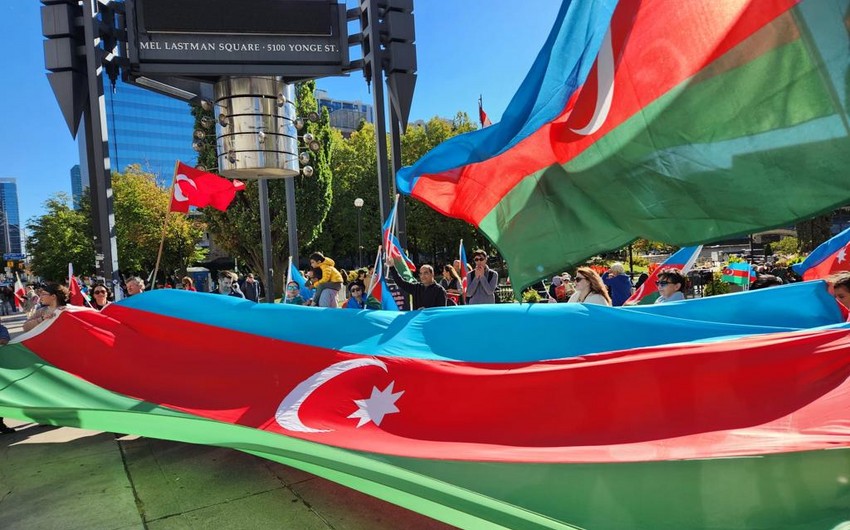 The Azerbaijani community of the Canadian city of Toronto held a protest rally against the recent provocations and aggressive policy of Armenia, the State Committee for Work with Diaspora told Report.

The action was organized by the Vatan Center for Culture and Art on Mel Lastman Square.

Representatives of the Jewish and Turkish communities also took part in the protest.

Azerbaijani diaspora organizations held protests against the provocations committed by Armenia on September 12-13 on the state border with Azerbaijan in almost 30 countries of the world. Appeals and statements were sent to authoritative international organizations and world leaders.