During the Patriotic War, we destroyed the Armenian military unit in the Jabrayil district, Sahil Imanzade, a soldier of the Land Forces (Commando) of the Ministry of Defense told Report.

He said that during the Patriotic War, he participated in battles from the military unit No. “N” of the Ministry of Defense as a communications soldier.

“I was a conscript soldier at that time. On September 27, we attacked the enemy in the direction of Ashaghi Kurdmahmudlu village in the Fuzuli district. We took the necessary measures here, preparations were made. Then we started moving based on the instructions from the higher command. One of our first heavy battles was in the direction of the Dashkasan village of the Jabrayil district. During the war, I was ensuring communication. My job was to help ensure relations among units, detachments, and groups. I tried to fulfill my duty with pride. We had martyrs and wounded in the battles for the liberation of the Dashkasan village. After we cleared the village, the Armenian subversive groups tried to launch a counter-attack again. They had military units in the village of Dashkasan. They were trying to retake the military unit. However, we did not allow it and they were prevented, and the enemy was destroyed. Then we started moving forward to liberate our other territories. The moment that affected me the most was when we lost captain Arzu Isgandarov. He was a very nice person, a soldier, a fearless and brave warrior. Unfortunately, Arzu Isgandarov was martyred by a mine buried by the Armenians during the battles in the direction of Khojavand. This is a very sad situation for a person. It is very hard to lose a fellow soldier, with whom you served and fought side by side. May God have mercy on all our martyrs!”

The fighter said that every moment, every minute, he obeys the command of the Supreme Commander:

“Thank God that we have liberated our land, which was under the enemy’s foothold for nearly 30 years. It is an honor for me to take part in the Patriotic War, to clear our lands from the enemy. 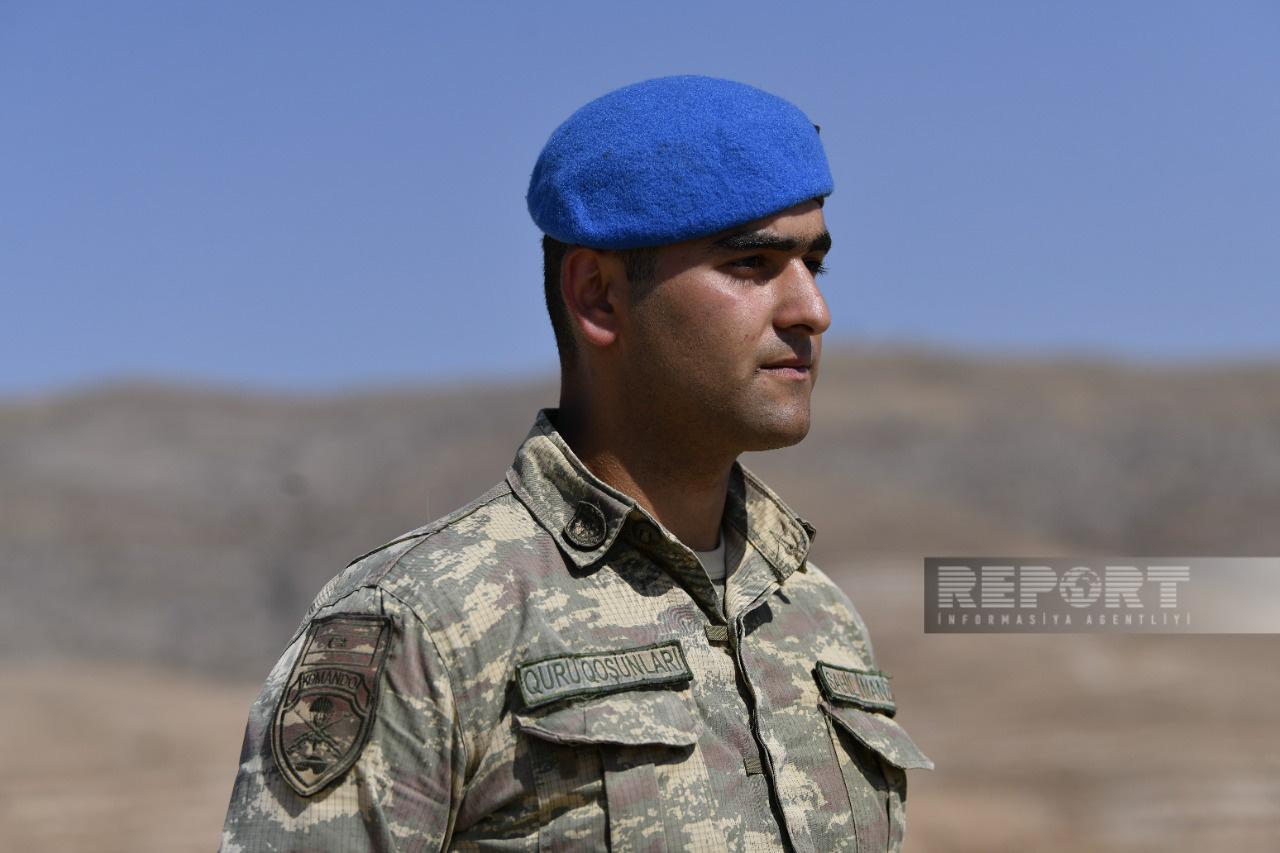 It is a great feeling of pride for me that I am currently serving in the commando military unit No. “N” of the Land Forces of the Ministry of Defense. I am honored with this. Since childhood, I dreamed of serving in the Azerbaijani army and becoming a scout. Thank God that my dream came true. This is a great achievement for me. At present, good conditions have been created to serve in our military unit. We are given high-level lessons and training. Here we get new information every day and increase our knowledge. I am proud of the Azerbaijani army. Long live Azerbaijan, long live the people of Azerbaijan!”