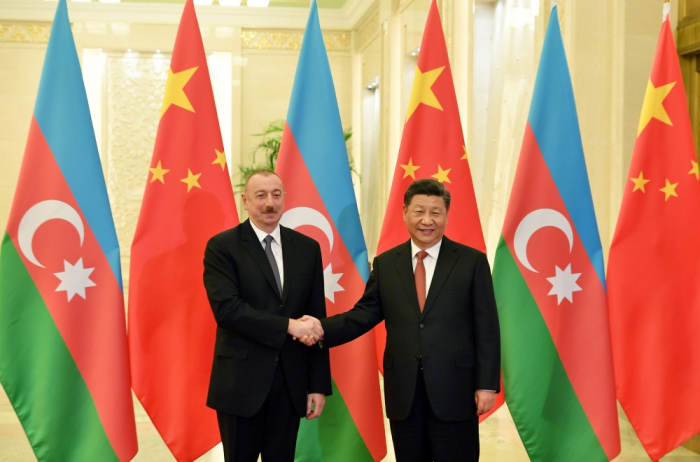 On June 2, President of the Republic of Azerbaijan Ilham Aliyev had a telephone conversation with Chairman of the People’s Republic of China Xi Jinping.

President Ilham Aliyev conveyed his sincere congratulations to Chinese President Xi Jinping on the occasion of the 100th anniversary of the establishment of the Communist Party of China.

Xi Jinping stressed that Chinese-Azerbaijani relations were on the threshold of a new historic stage, noting that the two countries were developing traditional friendship, deepening cooperation and increasing mutual support. The Chairman of the People’s Republic of China stressed that Azerbaijan was an important partner in the implementation of the “One Belt One Road” initiative and that China supported the path of development chosen by the Azerbaijani people.

The heads of state stressed the importance of coordinating activities within the framework of the “One Belt One Road” project of the two countries and taking advantage of existing opportunities. The two Presidents also pointed to the need for deepening cooperation between the countries in the field of transport and logistics and promoting the establishment of transport corridors in Central Asia and Europe.

Read more:   US General: Russia and China's strengthening in Middle East is risky

Xi Jinping said that Chinese companies were ready to further encourage investment in Azerbaijan and develop cooperation in infrastructure projects. At the same time, he stressed that China intended to import high-quality products from Azerbaijan.

During the conversation, it was noted that the two countries were ready to make joint efforts to promote the development of a comprehensive strategic partnership.

The heads of state expressed mutual support for the territorial integrity and sovereignty of their countries.