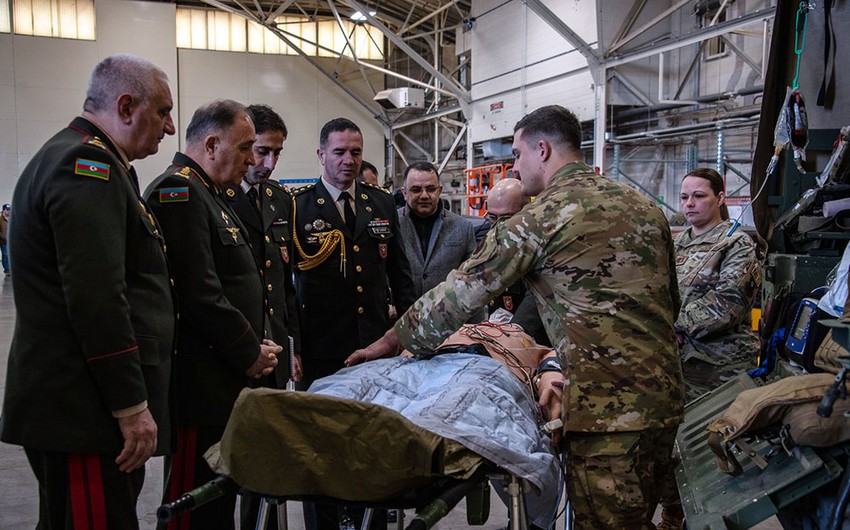 The delegation led by the First Deputy Minister of Defense – Chief of the General Staff of the Azerbaijan Army, Colonel General Karim Valiyev,visited the Oklahoma Air National Guard’s Will Rogers air base as part of its visit to the United States of America, Report informs, citing the Ministry of Defense.

During the acquaintance with the air base, the Azerbaijani delegation was briefed on the history of the base’s establishment, and the main directions of activity, as well as several military aviation and guard equipment, were demonstrated.